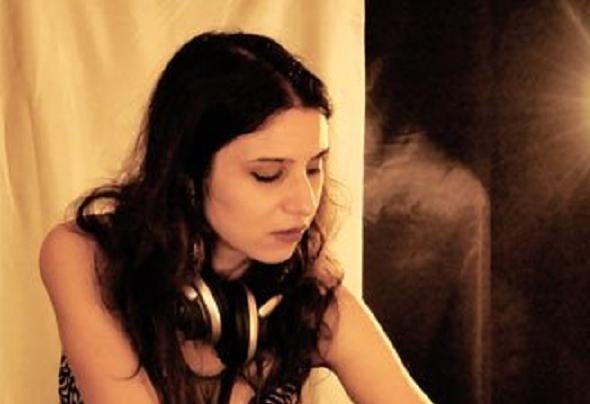 Raquel Rodriguez aka Iris Dee Jay started producing Music in 1999 when she got in her hands her first computer. Iris's first music productions were making eurodance music. In that time Iris walked her first steps to the masses being part of some special compilations released in her own town plus getting support by the most important djs at her place. In 2006 she met one of the members of the trance duo JJ Project (producers of Abel Ramos and remixers of Ron Van Den Beuken, Randy Katana etc). One of JJ Project's hits was called Iris (dedicated to Iris Dee Jay) and released on vinyl in King Records Madrid (home of the famous Spanish producers Dimas and Martinez or Simon & Shaker). This was the first time when Iris found one of her tracks printed on vinyl under the alias of JJ Project, the most respected trance formation in Spain. The release “Iris” got major support in Canada being in the front sight of many listeners there. Iris Dee Jay and her new part ner produced t oget her under the alias of D-Air (Dareen waves And Iris), releasingt he EP Abrent e in Deepblue Records UK owned by Solarstone and getting the support of this trance duo and ATB. In 2007 Iris started her solo career as a DJ and producer performing in several events & raves around Spain. Iris Dee Jay has performed ahead of 5000 people in the Fresh Music Festival together with the famous Spanish rock band Dover and has shared decks with D-Mark, Acues or Ángel Ace in the Trance In Motion Conference (Valladolid) for 3 years now plus other raves after being called by many club owners in her own t own. Some great achievement s t o dat e have been appearing on Spanish television (Telemiño TV), being on the cover of newspapers (La Región - special weekend edition - Dee Jay Magazine, Computer Music...) and making collaborations with female and male singers from all around the world, from classical musicians to trumpet players and guitarists (Marcie Joy (USA) – Drizzly Music; Maria Opale (Finland) – Armada Music; Rio Haagston (Austria) – Ocean Drive Records; Omeed Taheri (Canada) – Bonzai Music... Iris Dee Jay released some more electro and dark tech style trance tracks on Bonzai and was asked to join their DJ Agency getting the full support of DJ Airwave or Yves Deruyter. 2010 is set to be the biggest year to date for Iris Dee Jay, with her new track a Finnish vocalist. Iris Dee Jay feat Maria Opale - Leave A Sign being picked up by Armada sub label Magic Island owned by Roger Shah. The track will also feature on the Magic Island compilation Vol. 3. Mr Roger Shah is joining the list of big Iris Dee Jay’s supporters now. Iris Dee Jay has been part of many radio shows all around. She was interviewed at 40 Principales (Spain), Loca FM (Spain), Butterfly Music (London). Currently she has got her own radio show called Iris Dee Jay Trance Time in Discover Trance Radio UK. Once a month Iris presents one hour trance set featured by herself with important guests as one of the owners of Discover Trance Radio (Dave Deen), Liquid Nations, etc. After 2 weeks of broadcasting Iris is receiving support by many listeners all around. This exciting new addition and versitile DJ is flying the flag for the female trance artists in her homeland of Spain and is now considered to be Spain’s number 1 female djane/producer in t he t rance genre.