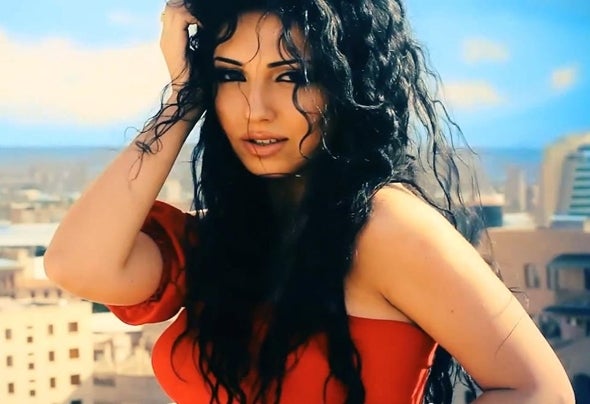 Young artist Soné Silver was born on September 16, 1989 in Yerevan, Armenia, in a family of highly educated engineers. Sonè’s preferred genres in music are jazz and contemporary house music. She has received classical musical education in playing the piano and singing at the school after Tchaikovsky.In 2006-2010, Sone received her bachelor's degree at the Yerevan State Conservatory and in 2010-2011 she received her Master's degree with Honours.Now Sone is doing her postgraduate studies in jazz singing at the Komitas State Conservatoire in Yerevan.The beats of the contemporary dance music are very close to her heart, she will do her best to achieve recognition of performing exactly in this genre.Sonè’s favorite colors are the combination of silver, white and black. Sone’s stage and video clip outfits is designed by her mother in her own fashion designing and tailoring shop. Sone’s next big passion after music is driving. Sonè has a very intact but sensitive personality. She is very hard working, responsible, and a strong human being. Sone’s former producer and video clip director Serj Gabyan with whom she worked from 2010 to 2011,said: “ It is very easy to work with her, she is a professional performer and she is like a “quick fish in big waters” on the stage”. Indeed Sonè has the experience of stage performer from the age of 6. At the age of 10, she had performed together with a children’s musical group named “Do Re Me” which had concert tours in California, USA . Sonè, herself creates the music of her songs and is participating in the process of her music arrangement.In 2009, Sone created a song “Dancing All The Night” . At the beginning of 2010, Sone shot a clip on “Dancing All The Night” after which she got acquainted with Serj Gabyan .Sone with Serj Gabyan created 3 singles: “ I’m An Alien” , “ Radio Romeo” and “Free At Last” and for “Free At Last” they shot a clip.Sone has songs with different DJ’s: Haik Solar and Arni Rock ft Sone Silver- “Stay With Me”, Leon Gris and Deep Danny ft. Sone Silver-“Fly Away”, DJ Artak and Samvel ft. Sone Silver- “ I Feel Your Body”Currently, Sone is working with different DJ’s.In 2012 she has already made 2 video clips,the first one on song “Stay with me” feat. Haik Solar & Arni Rock and the second one is “I feel Your Body” feat. Dj Artak & Samvel.Sone not only famous as singer,but also she is already famous as actress. One of the greatest desires of Sone Silver is to have a producer who will be able to introduce her talent to the world.