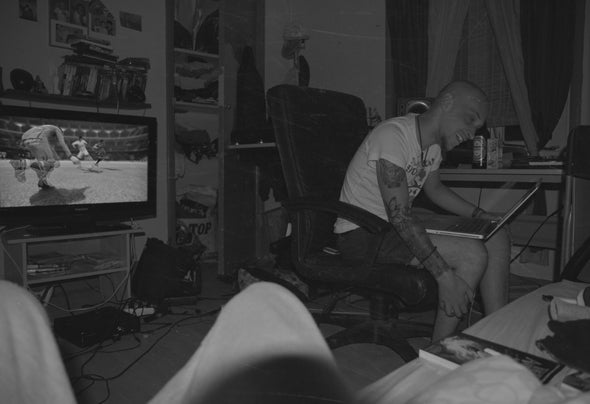 Tariq Fuentes, a.k.a Julien Fuentes a.k.a Stof. 26 years old and based in the Netherlands. Besides full- time managing Dorcas label he humbly makes appearances DJ-ing. Came from little, striving for the biggest. As producer and DJ Julien Fuentes a few key words come in to play namely; Bass, breaks and highhats. Combing that with inspirational sounds such: as Randall-M , Jack The Cool Cat, De Sluwe Vos and Augustus Gloop. In his vision a guaranteed hit in the scene. Some big production releases were on Pura Music, SK Supreme Records and Soulman Music. As Stof, Julien gets the chance to experiment with darker sounds. Making it more industrial and trippy. It isn’t his main focus but Stof is for Julien a great way to relieve his darker side of music. For a example of the darker sound. Dorcas is the name of the music label founded and owned by Julien Fuentes. The name Dorcas is actually his grandmother’s maiden name. “Keeping the legend alive, forever.” – Julien Fuentes. As from 1 january 2012, Dorcas Music was a fact and is believed to be one of the Netherlands most successful new label in the scene.