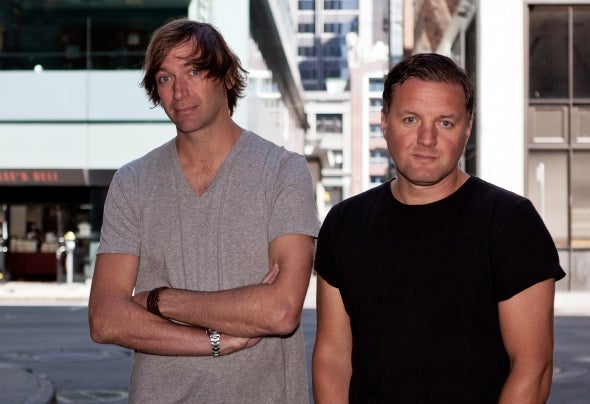 When the Grammy Award winning group Dirty Vegas was founded; the mold of the electronic fused bands was broken. Not a mere two turntables and a microphone Dirty Vegasare true musicians. Founded by Paul Harris, Steve Smith and Ben Harris the group has become one of the most recognizable names in EDM.The bands 2001 debut single “Days Go By” appeared in a now-iconic television advertisement for Mitsubishi and became a benchmark that set a new model for the marketing music in advertising. The single with its magnetic original video catapulted Dirty Vegas to Grammy success winning the group Best Dance Recording in 2003; the first year the award was given in that category.The two years that followed were a rollercoaster that included the release of their eponymous debut album and headlining their own worldwide tour supported such like- minded artists as Moby, Underworld and Groove Armada. Dirty Vegas also went on to sell over 1 million albums and was named Electronic Artist of the Year by Playboy Magazine in 2002.Since then Dirty Vegas has gone on to release two more albums; 2004’s ‘One’ and 2011’s 'Electric Love'. The group has continued to gain numerous accolades and awards including a No. 1 hit on the Billboard Dance Chart, as well as being featured in major film and TV shows like ‘The O.C’, ’One Tree Hill’ and ‘Running Scared’. Dirty Vegas have also scored a handful of projects like ‘Goal!’ and ‘The Boys and Girls Guide to Getting Down’.Of course when Dirty Vegas is not in the studio creating their masterful works they are touring the world. From DJing some of the most famous nightclubs to their live performances at the most prestigious festivals, including appearances at Ultra Music Festival, Coachella and SXSW. Thought a highlight for Dirty Vegas was becoming "unplugged" playing an intimate acoustic performance with a 30 piece Orchestra on Lincoln Road in Miami during the Winter Music Conference.In 2011, Ben Harris felt that he had fulfilled all that he could as part of the Dirty Vegas project and parted ways with fellow band mates Steve Smith and Paul Harris to pursue other interests, including his recently launched Pulse Locker, a cutting edge music library for the DJ set. Despite this, Ben, Steve and Paul remain friends and enjoy getting together when their paths cross.With the new Dirty Vegas emerging the now duo are always writing and creating new sounds and styles to play with.And though busy schedules often keep the Steve Smith and Paul Harris busy with their solo performances technology has enabled them to co-produce music apart more than ever.“With us being in different countries most of the time, most of our writing comes together by working remotely,” says Steve Smith. “When we meet up for shows, we’re able to dissect what we like/dont like and bring the best to the new recordings. Electronic music has finally arrived in modern terms and we're excited by the scope and range of styles out there, we hear new music that inspires us and makes us want to keep pushing ourselves”In a career that started over 10 years ago, the Grammy winning duo of Steve Smith and Paul Harris are ready for the next step in the evolution of Dirty Vegas. They have spent the first half of 2013 working on new material, and have completed their next official release; an EP titled Let The Night that will be released towards the end of the year. In the US, Let The Night will be the band’s first release self- released independent record, an exciting opportunity that was not a reality when any of their previous albums. Let The Night will be represented for sync-licensing in the US by Pig Factory and will be released on D’Vision Records in Italy.