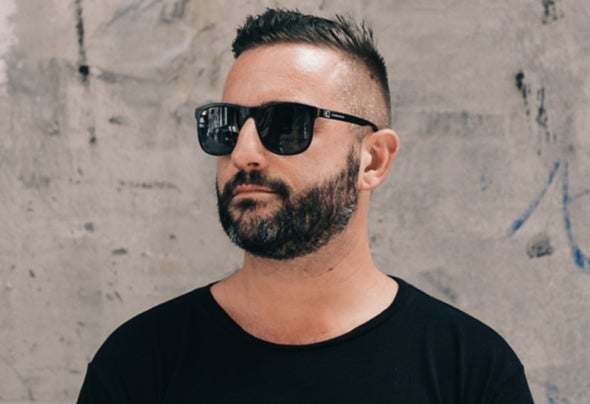 From early days Cam submerged himself into the world of music. Working hard as a young teenager, saved up enough to be able to purchase his very first pair of Technics MK5 turntables to hone his skills as an electronic music DJ, this was over 18 years ago. Since then Cam has performed alongside artists such as Carl Cox at both ‘PURE NZ’ events in 2017 & 2018 which saw guests Adam Beyer, Paco Osuna and Nastia, KiNK, Bontan, Javi Bora and DJ T. Rhythm and Vines Festival’ in 2018 & 2019, Pan-Pot early in 2020 at a secret warehouse event, plus many many more over the years. Cam released his first album in collaboration with German based Brazilian artist and friend Rafa Kao in 2017 called ‘Gratitude’ which from the success of the album release party saw the single from this album pressed on wax for the first time in his career, as well as numerous eclectic releases on labels Second State, House 4 Life Records, Cabbie Hat Recordings, M5 Records, Tinnie House records, Arrivals Records. Cam’s first release on Huhu Records charted in the top 10 best ‘Jacking’ tracks on Traxsource back in July of 2013 and selected as one of House 4 Life Records best jacking releases more recently in 2017. Cam’s DJing skills has seen him cross the ditch a few times now, in 2018 to perform 5 hours on a fine Sunday in the cage at Melbourne's Revolver, and later that year to close Electric Gardens Festival at the Sydney official after party. Besides Rhythm and Vines Festival, Sonorous Festival, Bay Dreams, Shipwrecked, Cam has also performed at the infamous New Zealand seaside festival - Splore back in 2015. In 2018 Cam has further down New Zealand in other cities such as 121 club in Wellington plus Stranges Lane located in Christchurch. After spending the majority of 2019 in South America in Sao Paulo, Brazil soaking up the larger scaled events and collaborating in the studio with K.A.L.I.L with a forthcoming release