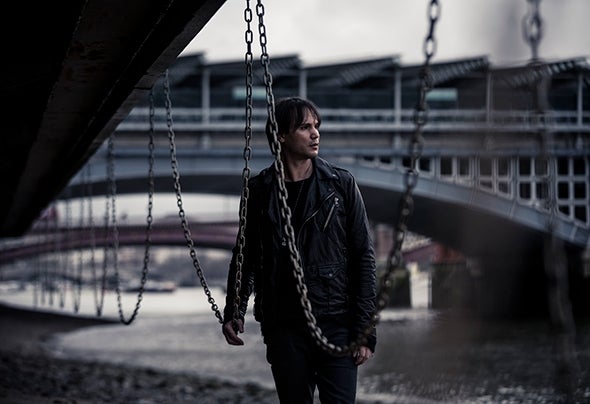 "The reaction has been incredible, this is a monster!".These are the words of Pete Tong introducing Francesco Rossi "Paper Aeroplane" as his Essential New Tune in May 2013. Francesco's new track has become a worldwide success with a wide support from Carl Cox, Laurent Garnier, Fatboy Slim, Maya Jane Coles, Axwell, Tiesto and Roger Sanchez to name but a few. In September 2013 has been nominated "Track of The Season" and Francesco has received the DJ Award during the annual winners ceremony at Pacha Ibiza, performing live along with Matt Henry's vocals .Released on the Italian label D:Vision, Paper Aeroplane has now been signed internationally to labels Strictly Rhythm and Ultra.Francesco has always been a talented producer with a huge musical knowledge. He’s committed to producing great tracks and spends extensive time researching as well as endless hours in the studio to ensure everything is perfect. This hard work has brought him to launch his own record label, Rouge Purple, and radio show, Respect DJs.In 2013 he got #1 on DMC Buzz Chart twice.In January 2014 is selected as “Future Stars” by Pete Tong during his weekly radio show on BBC Radio 1.He has remixed artists like Dennis Ferrer & Jerome Sydenham, Sterling Void, the successful Ozark Henry's single "I'm Your Sacrifice" and "Changing of The Season", one of the latest Two Door Cinema Club's release.As a DJ, Francesco began his career in Tuscany. His name appear in some of the biggest clubs worldwide and at festivals including Swiss Street Parade, Sunwaves Festival Romania, Amnesia Ibiza, Feestinhetpark, Les Transardentes and La Rocca in Belgium and Ultra Music Festival in Miami for 4 consecutive years (2007-2010).Francesco has an energetic, charismatic presence behind the decks creating a direct connection with everyone on the dance floor.Despite his international success, Francesco is the same compassionate man, still as devoted to music as when he received his first pair of decks and a mixer at the age of 14.