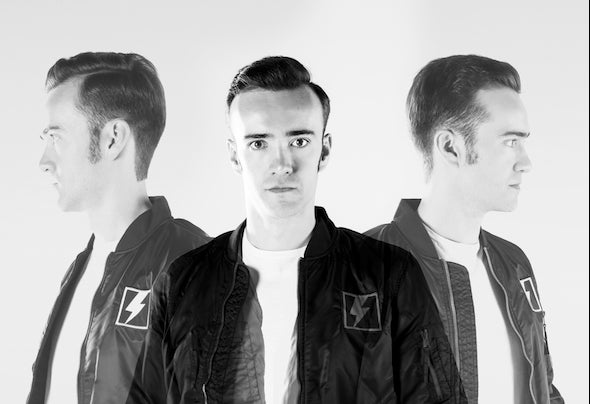 Lussmo had only been producing a few months when his friends noticed that the productions were amazingly professional and that they had just witnessed a great talent being born.Lussmo was instantly fascinated with producing and spent many hours in his home studio creating one fresh tune after the next.Lussmo never tried to get caught up in a specific subgenre of house, but wanted to keep the productions up to date and innovative.His music is inspired by the likes of Don Diablo, Tiësto, Laidback Luke, Dannic, Hardwell, Steve Angello, Avicii, Nicky Romero, Morten, Axwell and Sebastian Ingrosso, but also Daft Punk.In January 2014, Lussmo released his first big track, ʻBarracudaʼ, on Grav1ty Records label.Lussmo received an astonishing support from dj’s worldwide. Even Laidback Luke mentioned Lussmo on his Ultra Music Radio show.Lussmo is currently appearing on selected venues on Guatemala opening the night for world star DJ’s like Nicky Romero, Dash Berlin, Sam Feldt and Dannic, just to name a few but otherwise locked up in the studio, always experimenting with new sounds in order to bring out original fresh cool tracks and to grow as a producer.Lussmo stands for killer melodies and drums combined with his own high-energy style productions bringing a new sound to the scene.Recent success:In the spring of 2016, Lussmo's track ‘Now Is The Time’ has become supported by one of the world's greatest DJ, Don Diablo. Who have openly expressed his full support for this spanish producer living in Guatemala.Lussmo’s track ʻNow Is The Timeʼ was Demo Track of the week in Don Diablo’s Radio show Hexagon Radio episode 063. In the next week Lussmo was named Demo artist of the week, among thousands of demos from producers from all over the world.Industry support:Still at the beginning of his career, Lussmo has already been honored in support by the likes Don Diablo, Laidback Luke, Dj Chuckie, Morten, among many other heavy names in the industry.