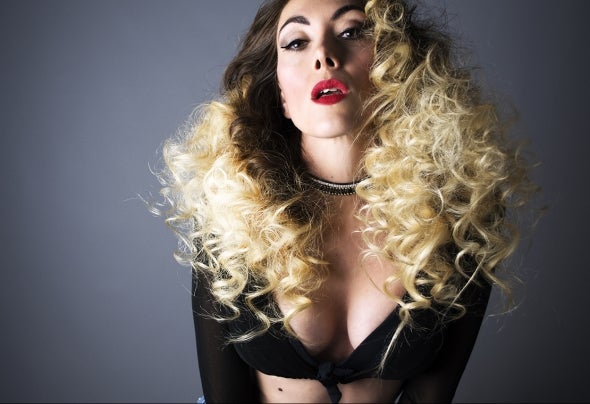 Born in Barcelona, Estela Martin records her first professional collaboration in 2004, focusing on dance music.In 2007 starts to commmit herself to music at full time. Since then Estela collaborates with several spanish and international dj's, singers and producers, performing in some of the best clubs in the world.Her songs have been included on hundreds of compilations, both national and international, and some of them reached the top of the charts in several countries.In 2009, along with Marcos Rodríguez, launches the Red Stars Music production company, and alongside, writes and produces songs for other artists, developing her writing skills.Since 2013 starts her collaboration with the label Matinee, house music leader, and gets into the label's team, taking part in shows and performing on some of the label's records.Also in 2013 she starts to collaborate with the production of the electronic music show “Europa Baila” directed by Quique Tejada, which is broadcasted by one of the preminent Spanish radios, Europa Fm, taking part in both the touring shows taking care of the jingles of the show.At the end of 2016 she is no longer part of the “Europa Baila” team to become a collaborator of Europa FM radio station.From 2015 to present, Estela continues recording "house" tracks, while is working on a project closer to pop music without moving away from dance music, and her last singles have been licensed in Eastern Europe, Latin America and part of Asia.