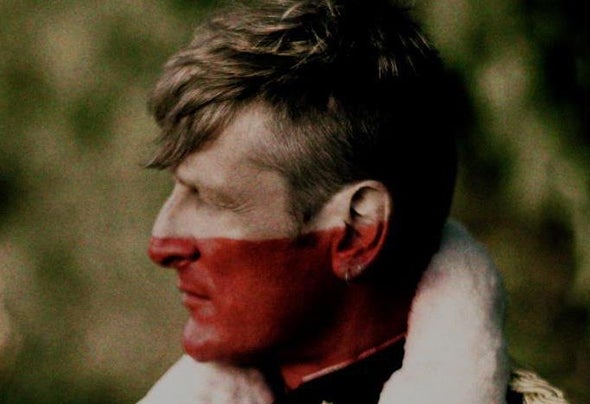 In his early life, Piet Goddaer was involved in several local bands. As a rapper in the band Word, founded by his brother Jan, Goddaer scored a cult-hit "Henry Man-She" in 1994.His career really took off when Goddaer started a solo career and adopted the stage name Ozark Henry. The debut album I'm Seeking Something That Has already Found Me was released in 1996 with Double T Music. In an interview, David Bowie praised the album as "debut of the year" [1], but the record had little commercial success.The second album of Henry, This Last Warm Solitude, was released in Belgium in 1998. The next year, This Last Warm Solitude was released in the Netherlands, Germany and France, and he received a Zamu Award as best songwriter/composer.The next album Birthmarks was released in 2001 on Sony Music Entertainment and was the commercial breakthrough for Henry. The singles "Rescue" and "Sweet Instigator" were hits in Belgium, and the album was certified platinum. Henry won two Zamu Awards: best pop/rock and best producer. Henry appeared regularly on television and radio shows that year due to his recent success appearing on chat shows such as Aan tafel.His fourth album, The Sailor not the Sea was released in 2004, and was awarded a gold record the next year. Henry has also won another Zamu Award for best songwriter/composer.The fifth album, The Soft Machine, was released in September 2006.For his tenth anniversary, the compilation album A Decade (A Decade + A Decade - The Remixes) was released.The sixth album, Hvelreki, was released in October 2010. Henry also wrote the music for several theatre projects and the soundtrack of the Belgian television series Sedes & Belli, as well as Crusade in Jeans, a movie based on a children's novel by T hea Beckman. He received the Magritte Award for Best Original Score for his work in the 2012 film The World Belongs to Us.