Analog People In A Digital World 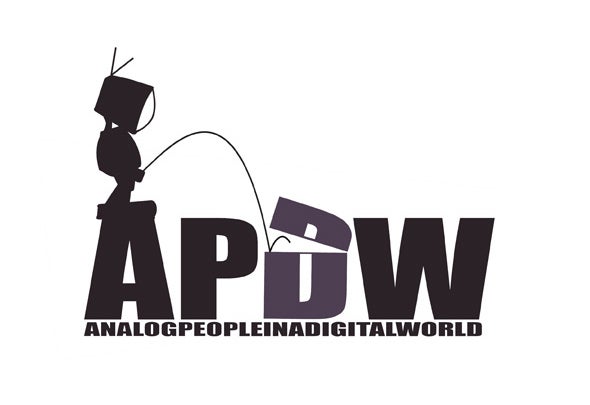 Analog People In A Digital World is the brand new project from Italy’s Matteo Esse and Sant, who in their seven years as a team have worked with names including DJ Pierre and Armand Van Helden as well as released records for labels including the legendary Manifesto. The last twelve months have seen the APDW move from the shadows into the light, with some high profile productions and remixes most notably on Fatboy Slim’s Southern Fried Records, Global Underground, Dave Seaman’s Audio Therapy label and the uber-cool Kompakt imprint, which received support from the likes of Ben Watt, Funk D’Void, DJ Hell, Nick Warren, Paul Van Dyk, Sasha and John Digweed to name but a few. The reaction and support to their latest record “Rose Rouge” has been phenomenal: as well as being crowned an Essential New Tune by Pete Tong - who tipped it as 1 of his 3 tune tips for the Summer, and featured heavily on his Radio 1 tracklisting in just a short period of time, support has come far and wide including Rob Da Bank, Kissy Sell Out, Annie Mac, Steve Lawler, X-Press 2, Mousse T, Danny Tenaglia, Tiefschwarz, Villalobos, Luciano, Locodice and Mark Knight – who quoted “the track that was played across pretty much every pool party in Miami, you can expect to hear it all season long this Summer in Ibiza”. This has been also rewieved as “nothing less than a techno-jazz classic” in DMC Update – where hitting the number 2 in the Buzz Chart, and has hit the Cool Cuts Chart in Music Week too. Their follow up single for Hysterical “Circus” boasts a collaboration vocally by Cagedbaby. This has been causing quite a stir, with 3 plays from Pete Tong – who tipped it one of his Big Three tunes on his BBC Radio 1 tracklisting, plus DJ support from the likes of Radio Slave, Groove Armada, Axwell, Hernan Cattaneo, Laidback Luke, Laurent Garnier, Layo & Bushwacka, Miss Kittin, Sander Kleinenberg and Sharam to name a few. “Circus” has been already quoted as “the biggest tune of 2009” in DMC Update – where recently hitting the number 2 in the Buzz Chart, and has also hit the Cool Cuts Chart in Music Week. The Analog People In A Digital World are currently in the studio writing their debut Album, which is released early 2010 and features a whole host of contemporary producers and writers from Ian Pooley and DJ Sneak to Silicone Soul, Steve Angello and Gus Gus. DMC Update “You guys are something special, and are putting the love back into house music.” DMC Update “APDW make a brand of techno completely unique to themselves: spaced, gorgeous and kicking, shot with Detroit flavours and 90s-style trouserbatics, all resonating long after the music’s over.” www.myspace.com/analogpeopleinadigitalworld

Analog People In A Digital World