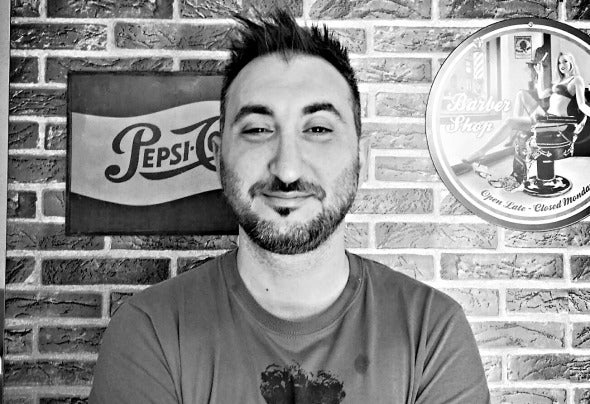 They say music runs through the veins, might be DNA the reason for my passion for music, transmitted from my daddy. At the tender age of 10 i discovered Blues Music and i felt in love with it, but the step forward was made at the end of the 90s, when Progressive and House Music kept my attention so much that i felt like mixing them. In the greatests clubs of Apulia, that music was on fashion, cassettes and CDs were my cup of tea, and i realized that was going to be my way, deejaying. In early 00s a great friend showed me the mixing tecnique on vinyls, and from there on, i started mixing in some clubs of my city, after buying a pair of 1210 Technics Decks. My best performances can be heard at private parties, where i can express myself better, and i also feel home when i play at afterhour parties, at morning. My genre is mostly Techouse, with Techno sounds, but i'm totally open to the evolution of the genres. In 2008 i discovered Ableton Live and after 3 years of hard work on it, in 2012 i finally released my first track on a label.