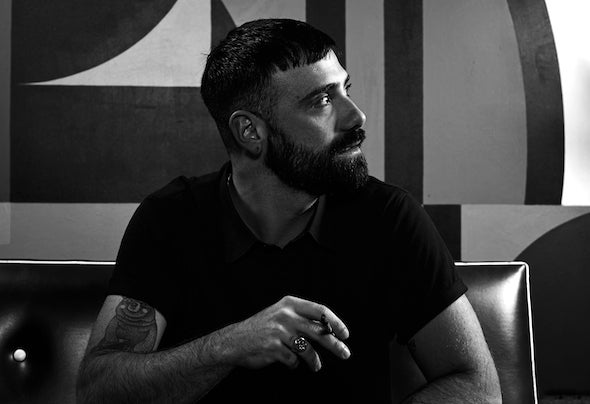 Stefano Ritteri doesn’t care about genres and boundaries.He makes good music .His italian passion and obsession for obscure samples and homemade synthesisers can be easily identified , and in the past 10 years Stefano has released on a handful of diverse and eclectic labels, such as Get Physical,Dirtybird,Exploited,Pets Recordings and Rockets and Ponies.As a DJ his style is also very recognisable, he mixes african and asian traditional songs with house and techno, and he often swings in between tempos and styles.Stefano tours extensively , has scored a residency at Fabric a few years back ( with the Solo moniker ) , and his energy takes him to many after parties and bizarre situations.A trained pianist and drummer, in recent years Stefano has started working as a composer and engineer for TV and Advertising , his biggest claim to date is working on the soundtrack for the british Premier League , which has been streamed millions of times on several platforms ( even though Stefano’s team remains Roma ) .Always eager ( and that’s an understatement ) to speak about music instruments and production, Stefano lectures regularly in universities and music schools around the world , many of his talks have been featured in magazines and can be found online,enjoyed and revered by fellow nerds.Stefano’s music is championed and supported by Pete Tong, Annie Mac and B- traits, and besides appearing on several BBC Radio 1 programs , he started his own monthly show on Rinse France .With many new songs to be released in the near future , Stefano is preparing to throw curveballs and surprise his friends and fans.And that he cares about, very very much.