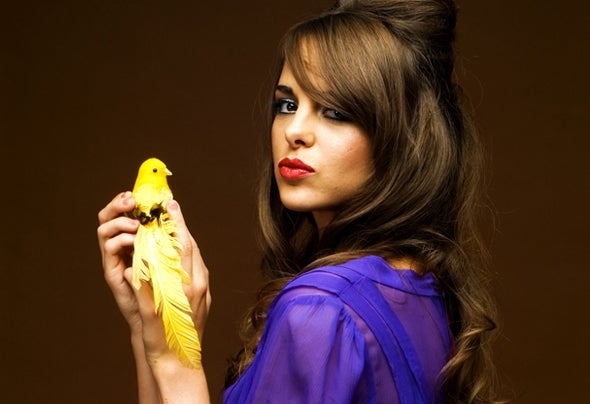 With a voice that’s been compared to the likes of Tracey Thorn it’s not hard to see why Amber Jolene’s music can be found on labels such as Defected, Yoshitoshi, Skint, Toolroom & Berwick Street Records. Indeed her latest collaboration with esteemed producer Timo Garcia has spent five of the last six months in the Beatport charts. Amber’s vocals from their song ‘Lady Luck (City Lights)’ not only features on the latest Defected In The House ‘Brazil 11 compilation but also found it’s way onto Sharam’s DJ Mag cover mount mix CD as well as Ibiza’s Privilege club last mix compilation CD.Amber singing career was launched in 2003 with the single "Tell Her", the first release on the soundslikesoul label. With a remix by one of Soulfuric's top producers, Richard Earnshaw, on the flip, the tune received a 4-star review in DJ Magazine. On release, it was on the Ibiza playlists of everyone from Defected's Seamus Haji and Brian Tappett to Mutiny and Paul Jackson, and was heard around the island all through the summer, remaining in many a DJ's box for many months afterwards.Since that single Amber worked with Spiritual South's Danny Lewis and South London duo Mutiny, a collaboration which culminated in the 2008 Miami hit ‘Sun In My Eyes’ under the name Myomi. With remixes by MJ Cole and Paul Woolford, and support from Radio One’s Pete Tong, it became the late night dance floor track of choice in clubs worldwide. Sasha voted it his number one track for 2008 and it featured on a number of cool compilations from <Azuli > to Hedkandi’s <Beach House>.Later releases include ‘Wonderlust (Free Your Mind)’, ‘Magic Roundabout (Daybreak)’ & ‘The Morning After’ which all featured on Timo Garcia’s critically acclaimed Wonderlust Bug & ‘The Remixes’ albums. Also Bassmonkey’s ‘Purple Haze,’ which was featured on Mark Doyle’s Fierce Angels’ <DiscoKandi Volume 3> and a recent song-writing partnership with Toolroom’s Jake Island has resulted in a 3 track EP of disco tracks including the deliciously Balearic ‘Moonlight’ which saw it’s release on Toolroom records.Away, from the dance scene Amber recently helped out Madness on their latest album <The Liberty of Nolton Folgate> providing backing vocals for five of the tracks and performing live with them at the Hackney Empire in July 2008.Amber performances have been captured live at underground house nights across London as well as Ministry of Sound, improvising vocal lines around the house grooves, and has racked up a number of impressive appearances at the infamous Push It! and Pigeonhold parties, Ministry of Sound, Turnmills, The Whitehouse, Herbal and AKA, and appearances at Womb (Tokyo), MOS (Taipei, Taiwan) the Exit Festival in Serbia.Amber has also worked as an in demand DJ at a number of London clubs playing an eclectic selection of disco, soul and rock n roll at venues such as Shoreditch House, Babushka, Medicine Bar, the Lincoln Lounge, Sahara Nights, Es Vive (Ibiza) and AKA. Whenever you hear Amber sing, you know there's a talent at work, which can not only carry a tune but understands what house music is about.