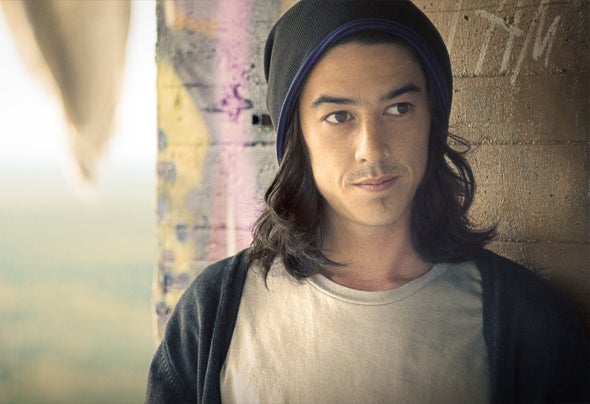 Kyson is an electronic musician from Adelaide, Australia currently based in Berlin, Germany.Electronic music as a whole is a disparate and ever- changing field – what was once a domain dominated by the big techno and dance record labels, clubs, and distributors is now an irrepressible force which has infiltrated the pop, alternative and hip-hop music, the advertising, and the radio stations that we hear around us, constantly, every day.Kyson is one of those artists who has always seen electronic music as the platform through which he feels most comfortable explaining himself, projecting his imagination, his musical narratives, and the imagery that constantly churns through his head. It's the story of many young, modern musicians – they recycle, re- pitch, warp and sample the electronic sound scape that has surrounded them throughout their formative years, and they insert their own voice into the ever- growing discourse that is today's musical sphere.An early lover of hip-hop and sampled records, Kyson became a student of music in Sydney, Australia. Honing his skills in sound design, recording and mastering, he has since embarked on a journey to discover his own unique path toward self-expression. He has spent years traveling the world – embracing and documenting the images and sounds of pristine snow covered mountains, the chaos and cacophony of some of the world's largest cities, and the peaceful, leafy and sun-drenched comfort of the suburbs in his home town. Distance between friends, family and loved-ones; memories of places once visited; images viewed through the lens of a camera; the sound of a bargain bin record bought in some far-flung corner of our ever-shrinking globe. These are Kyson's inspirations, his motivation, and the filter through which his music must be heard.The 'Patience EP', recently released on Moodgadget Records, is an EP about experimenting with layers of emotions to create a tableau of sounds that become one. The low end of the record is static and haunting, and creates a foundation for tones, guitars and high vocals to move in and around the space left in the tracks.Kyson's newest project, the 'Blackstone EP', is a richer, rhythm-orientated collection, filled to the brim with vocal samples and minor-key chord progressions, while still retaining the captivating low-end and warped synthesis that has defined his earlier work. Expect a release some time in the European Summer of 2012.