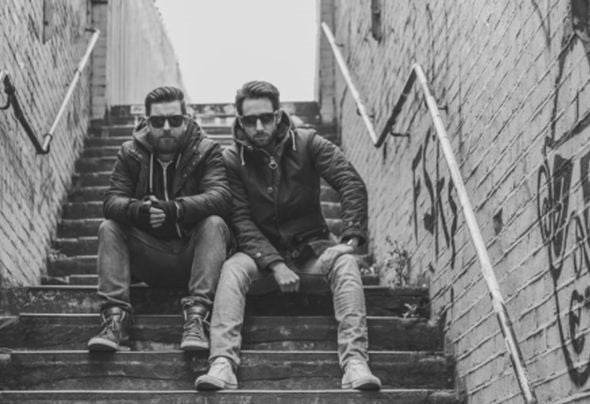 Rough Cut are Adam Gill and Brendan Maguire.The foundations of Rough Cut were created back in the late 90's when the incredible 2step and UKG sound were destroying dancefloors all across the UK. This new and exciting genre sparked a love affair with music that has remained to this day.Playing all over Essex and Central London, and with a residency on the pirate radio station Force FM, the pair were able to indulge in their passion by playing to thousands every week.As the garage vibe started to fade and tastes changed, their record box evolved to feature breaks, hip hop, drum and bass, then to funky and jackin house in the early to mid 2000's.When house music turned filthier and the sick electro sound became dominant, in 2005 they ventured into club night promotion, running the nights 'Citybeats' and 'Friday Night Dirt' at the infamous T he Key and Pacha, and held a monthly residency at the legendary (and sorely missed) Turnmills.In 2010 they set up 'East Project' - A club night and music blog, which they run to this day in East London, playing a mix of deep, nu-disco, garage and house beats.They also run the night Ghetto Disco at Vibe Bar on Brick Lane - A monthly disco/nu-disco/funk and classic re-edits party.In 2013, a weekend session in the Abstract Source recording studio on Brick Lane inspired them to create their very own bass-heavy vocal tracks that would get the club bouncing... and they haven't looked back since. With a big 2018 ahead and releases so far on King Street Sounds, Dog Records, Kiez Beats, Sleazy Deep. Plus on there own label East Project and coming soon EP on Runnin Wild.