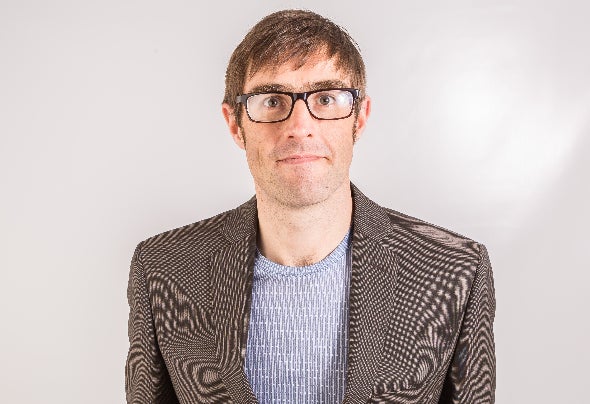 Jean Jacques Smoothie is the faux-French alter-ego of producer and DJ Steve Robson. Inspired by the emerging French House movement of the late 90s, Monsieur Smoothie burst on to the scene in 2001 with the Minnie Ripperton sampling “2People", which is still a staple of the BBC Radio 1 playlist today. Since then Jean Jacques Smoothie has DJ'd across the world, from Moscow to Miami, and his remixes have been in demand across the music spectrum, from pop royalty like Kylie to sweary Welsh rappers, Goldie Lookin Chain. His original productions, with their disco fuelled, deep house flavours and trademark "Smoothie Synth”, have been picked up by labels like Echo, Defected, Glitterbox, Mabuk Recordings and most recently Slightly Transformed. Jean Jacques Smoothie's DJ sets are best heard outdoors somewhere, in a field or on a beach. Jam packed with uplifting party anthems across the genres, Smoothie takes people on a journey through the music that has inspired him over the years. From reggae, to hip-hop, funk, soul, breaks and of course funky disco house, his sets have it all. During the current pandemic, look out for his impromptu online lockdown parties, as Smoothie tries to re-create the summer, festival vibe in his studio in Cardiff, Wales.