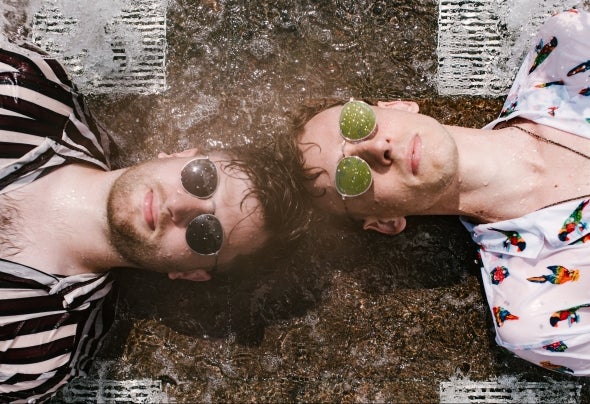 One Bit's story began with Joe and Jonty crossing paths whilst studying music production at the Liverpool Institute of Performing Arts. Drawn together by their mutual love for feel good dance music & artists such as Groove Armada, The Chemical brothers and Basement Jaxx, they quickly began carving out their own unique hook infused style. In 2017 they signed their first record deal to Ministry Of Sound where they hooked up with Noah Cyrus on their cross-over hit "MY WAY" (Hitting #27 on US Billboard Dance Charts & #16 in the Global Viral Spotify Charts) which was followed up with collaborations with Louisa "Between You And Me" and Laura White - "Back To You" collectively gaining One Bit over 70+ Million combined streams to their name. Alongside explosive sets at the likes of T In The Park & We Are FSTVL and remixes for artists such as Vance Joy & CHVRCHES the duo have also received a humbling amount of support from fellow DJs like Pete Tong, Sonny Fodera, Oliver Heldens, Annie Mac, Mike Mago, Mistajam, Tough Love, Mark Knight and Rudimental. Outside of their artist lives, the duo continue to work together from their studio in North London where they have become award winning, platinum selling writers / producers in their own right - with an eclectic list of credits to their names. With all this all combined, we're certain that you’ll be hearing a lot more from One Bit in the not too distant future.