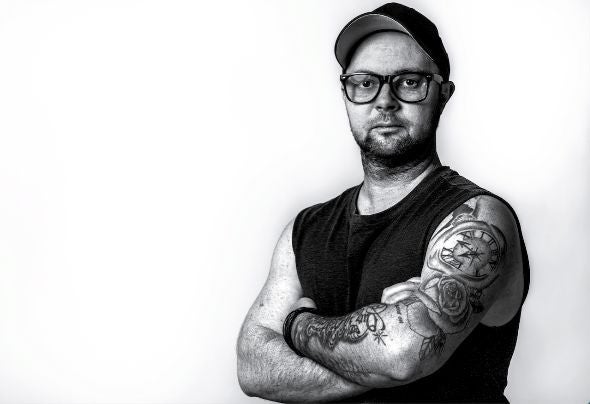 Darian Jaburg was born at Apr. 26. 1979 in Giessen (Germany). He starts his musical career at the age of 27. He has a great unmistakable own style of music. The past few years have been important to Darian. He has signed to labels such as Reload Records, founded by The Yellowheads, as well as Finder Records, Klinik Room, Davotab, Carypla Records, MTZ Records, Sonika Music and many more. His frst single "You Gotta Lotta Nerv" was released at 2015. Over the past years, some popular tracks have been followed like A- side (Original Mix), Supernova (Original Mix), Destroyed feat. Alala.One as well as Haitian Rum Runner (Remix Darian Jaburg). Over the past two years, Darian has consistently reached Top 100 rankings in the Beatport charts. His second release on Reload Records "Karma EP" reached #23 in the Beatport Top100 charts. A collaborative project with Maharti reached #15 on the Beatport Top 100 techno charts. Darian s tracks are featured in a Top 100 chart every week. In 2018 Darian Jaburg founded his own label Black Snake Recordings, a young label that supports artists from all over the world to release their modern and high-quality techno productions. Today Darian's label Black Snake Recordings works with top artists like Frank Arvonio, Kaya DJ, Sara Krin, Heinick, Pierre Blanche, Maharti, Sopik and many more. Darian also publishes the Black Snake Recordings Radio Show and regularly runs Label Showcase parties. However, his skills and abilities go further because electronic music is his frst big love.