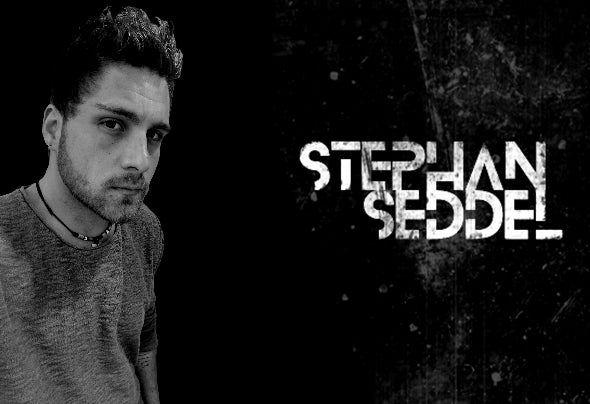 Electronic Dj Producer & Live Performer Andrea Loparco Aka "Stephan Seddel" Stephan Seddel is a project born in 2015 with the first single "Atrax". Andrea was born in Taranto on July 21st, 1989 as a child he began to experiment his own creativity with the piano, emphasizing and realizing his emotions and sensations in musical melodies; but it was not enough, he wanted to convey these feelings and began to animate the first private parties receiving an adrenaline from the audience that drove him to launch into the world of Clubbing. At the age of 13, he came to the first nightclub in his hometown, with DJ sets exclusively on vinyl based on Techno & Minimal sound, but something was still missing, selecting the right track was not enough, he wanted to dance with his own music. Increases evenings in the best clubs in southern Italy and at the same time Andrea begins to experiment with the first software for music production. In 2007, his first collaborations with the release of two minimal vinyl tracks and subsequently exhibited in the world market under the name of Andrea Lp, with whom he won several tops on the best digital music portals. In 2014 he founded Factory Beat Recordings, an independent 100% made in Italy label. After more than 300 releases between Original and Remix, he decided to sectorize his own sound. STEPHAN SEDDEL is born, a name that suggests something of GERMAN like the sound that characterizes it. Follow the news and don't miss the new sounds