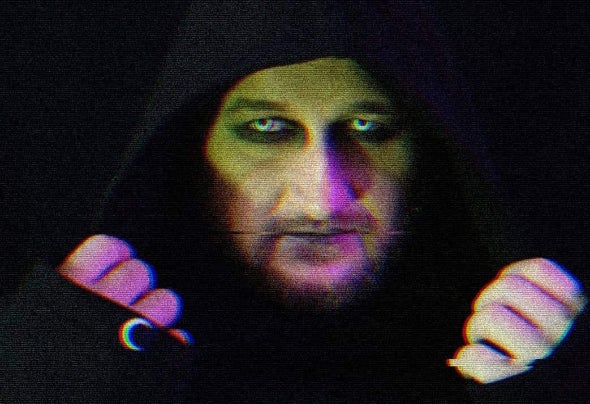 As a child this demon in the rising was drawn to a bevy of musical outlets. James Demon learned how to sing and to play the cello before even reaching high school. It was obvious that the universe had granted this boy with the gift of creativity. Little did he know that one day the music would become his entire world. Literally growing up in the rave scene in the late 90s, James was exposed to a diverse range of music from techno to happy hardcore. Shortly after embarking on his musical voyage through the soundscapes of electronic music he began to buy his first techno records. Heavily influenced by female artists from Germany he began to spend every penny he had on vinyl. Once he graduated high school he finally got his first pair of turntables and so his journey continued. Spending the next few years jumping from different styles James eventually fell back into his first love for techno. He decided to put all of his focus into finding his own sound and creating a brand for himself. Drawn towards the more obscure, dark, and gothic soundscapes, this techno loving being had finally found his niche. He was re-born with a mission at hand to solidify a harmony between polarities like masculine, feminine, the light and the darkness. His love affair with music and the occult began to blossom into one entity. After studying music business in college, James was ready to commence on his next musical adventure. He decided it was time to bring his love for the esoteric and techno together in the form of a record label called Occultists. The label features artists who will emerge from the shadows bringing us to a higher state of being through music and esoteric knowledge.