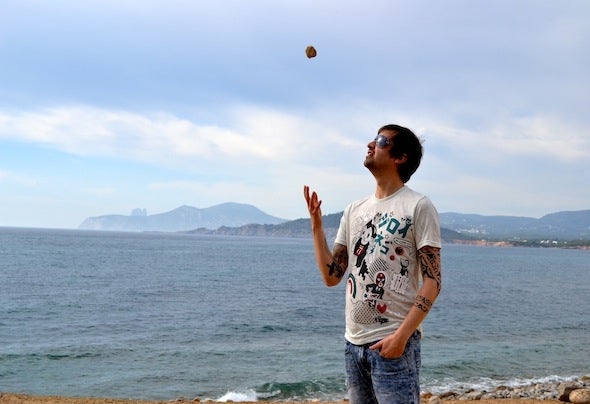 Alex Miles is a name synonymous with Ibiza. From thehumble origins of his bedroom to the dizzy heights of theworld's most famous beach bar Bora Bora Ibiza, the world'sbest club Space Ibiza and the world's biggest club PrivilegeIbiza, Alex has certainly earned a firm spot on the WhiteIsle's much loved and respected House music scene.He is best known for his 10 year long residency at BoraBora Ibiza. T here, he is recognised for his range of musicalstyle and ability to entertain the crowds on the beach withhis skills behind the decks.As well as his performances at some of Ibiza's top superclubs, he has played all over the world including Enigma AbuDhabi - the first super club in United Arab Emirates, to a40,000 strong crowd at Z aragoza Festival and at this year'sAlicante Spring Festival to 10,000 music lovers. He hasshared the decks with Fatboy Slim, Steve Lawler, Yousef,Paul Oakenfold, Felix Da Housecat, Mendo, Stefano Noferiniand others.Alex has mixed 5 Bora Bora Ibiza compilation albums since2006, the most recent was released on King Of Ibizarecords and has just mixed CD1 of 'Basswalk Records inIbiza 2013' due out soon. He has collaborated with BastiGrub and Violino on the release 'Leva Leva' and recentlyremixed for Dave Seaman on his release of 'T he HolyGhost' on Tulipa Recordings. He has also had music out onMonique Music, and Smiley Fingers with more to come.