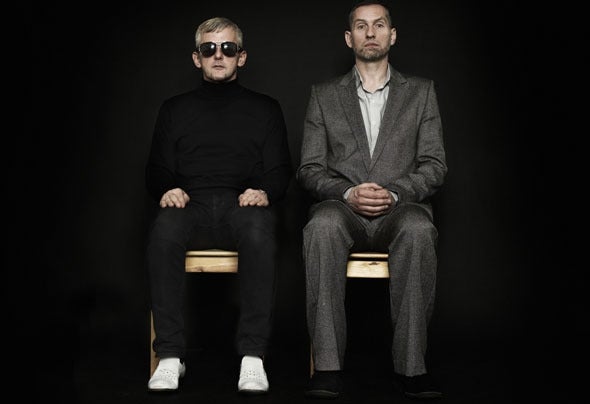 We don't know exactly when Clé and Mike Vamp called themselves „Maertini Broes“ for the first time, but it should have been at one of their first joint club-gigs in the early Berlin club-days, One of them spinning records and the other vamping on guitar, keyboard or on the microphone. Since 1998 they have been creating hymn-like Electro- House-tracks, benefiting from the huge musical background of their lifetime experience as DJs and musicians.You can always hear how much fun they had producing their music. Accordingly they write lively, strong and unique songs; sometimes with a funky guitar and sometimes with an 80ies-Moroder-bass. What starts as a sparse rhythm- and-vocal-sample framework condenses down to that kind of music that hits the spot.The first „Maertini Broes“ 12inch "Material Love EP" was released on Raw Elements in 1998, their fourth release "Saviours Of The Universe" (Pokerflat Recordings #13) in 2000 already included their first hit: "Flash" which became the anthem of a whole club generation.