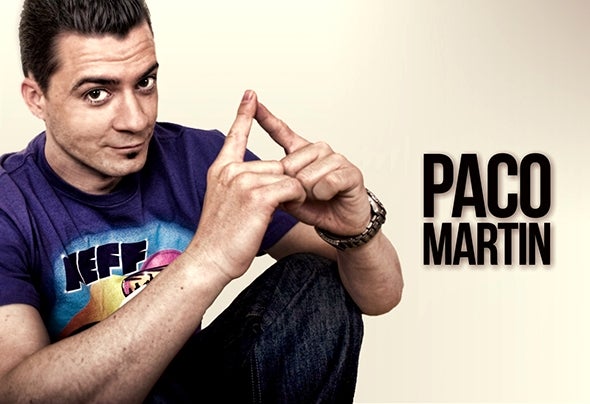 From Granada (Spain). It began his DJ career on music since 2000. On first years he devoted himself principally to the Breakbeat being widely recognized in the whole Andalusia, thanks to his elegant and forceful style at the moment of puncturing as well as for his skill at the moment of selecting music.Later on he has been adapting to the new musical tastes and from 2005 it began a new gait in the musical panorama inside the styles Tech-House and House, leaving aside the scene Breakbeat, acting in the best rooms and club of the region and sharing cabin with the most important dj's of national panorama. It has been resident Dj of the Club of more important House of Granada (D'Cuadros Club) during two seasons. Also to been Radio speaker of LOCAFM Andalusia and Positive FM, directing his own Radio Show ESENCIALMUSIC. With the years he becomes more interested in the production and in the year 2011 it extracts his first E.P with Real4Play Recordings. It has worked for labels l ike PACHA RECORDINGS. WMTV, to division of Warner Music UK Ltd, SUPERMARKET UNLIMITED, RITMIKAL RECORDS, TOP HAT RECORDS, ALIVELAB RECORDS, and many others worldwide.