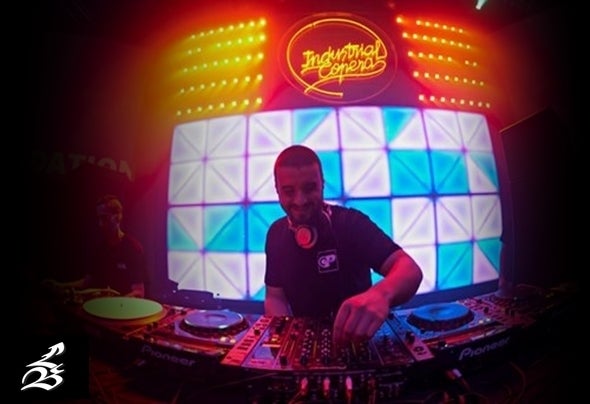 Lauren Benavente was born in the summer of 83, in a family where styles like Funky, disco, soul, jazz, reggae and electronic beginnings were the soundtrack of everyday life. At 14 years old, The electronic music age, specifically the rhythm like; Break, Beat, Drum & Bass, Jungle, Hip Hop, awakened in him an interest in these styles. In fact today these styles will continue to accompany and influence their own decisions and musical creations. Such was this interest that at 16 years old, he began his career in the electronic scene. At that time, the mixtures were sounded at its height producers like Renne Pilgrem with his own style Nu Break Scholl, also Freq Nasty with the same style as the previous or Byby D, with a more melodic style. These beginnings in the mix not only not interfere in its broad musical taste, in fact emphasizes. Without neglecting the styles that marked his childhood, he kept digging into the most diverse styles, although not introduced in their mixtures, if introduced in its very extensive music list. After two years of hard work and practice, got his first performances in several rooms in Granada, Spain until an opportunity to be the DJ resident in a disco with your suitcase "Nu school break" brightening Saturday nights. Also began performing in a rock room in Granada that gave birth the electronic music in this city. The opportunity was a condition, a change in your distinct style. This change did take a turn at his usual practice and an different style took his hours of practice, the “Techno” style. This new music line influences fully in his career dedicating to know all its variants, producers and records. Creating in this way a new bag that accompanied him for several years in his actions. Parallel to this music turn, a new stimulus emerged in him and made need to represent.At 21 years old became interested in music production, made a great effort to know more leading production techniques. With these techniques began to make their first songs, clearly influenced by their several musical tastes, and giving different shades of each of these tastes to each production, so although we can mark them in the Techno line, never cease to amaze for its wide range of connotations of different styles and broad movement. After dedication and additional preparation through in sound and music production courses, this "unquiet" artist begins to shape his first professional jobs with the “Draft-E Records”, “Nominal Intensity Label”, “Hexil Creative”, “Nocturnal Sound”, “Apsides” and “Play Techno” records,. After two years of publishing with these records, decided to create his own record music with Luis Oliveros and Berny Medina, looking a new elegant and different line of Techno music.