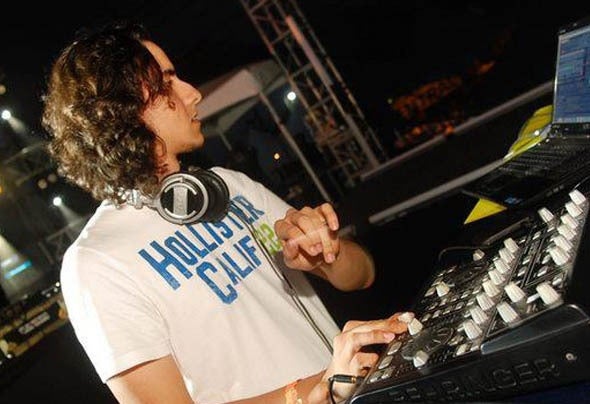 Marcelo Flix also known as (Dj Flix) It were born the 12 from April of the 91, is a young Dominican-Spanish influenced by its father (Xavier Flix) Music Producer and DJ that from very small, those sounds that left the horns of their father made it dance to the rate of beats, electronic music was that we say the first genre that began to hear. His father met with another Dominican DJ’s very good like Dj Fat Tony, Dj Master Marino (Marino Gutierrez), Dj Cesar Breton, among others... ' ' To me one of the first remixes that draw my attention to begin to produce music is one very known call KAO' z Mix a mixture of all types of songs and sorts in a single cassette' '. At 18 years I he had the first computer, a piano and a pair of horns, that was his first equipment to begin to the musical production. Has realized to date about 40 remix' s and others to come in pre-production, Dj Flix is clear by its versatility and rapidity to him in the mixtures. “My dreams are to be able to touch in all the corners of my count ry, ot her count ries and t o know Dj' s worldwide to share my music, knowledge and vice versa". Their Influences but outstanding has been: Swedish House Mafia, Mario Ochoa, Abel Branches, Deadmau5, Dimit ri Fert ile valleys And Like Mike, AN21 And Max Vangeli, Luca M, between many others.