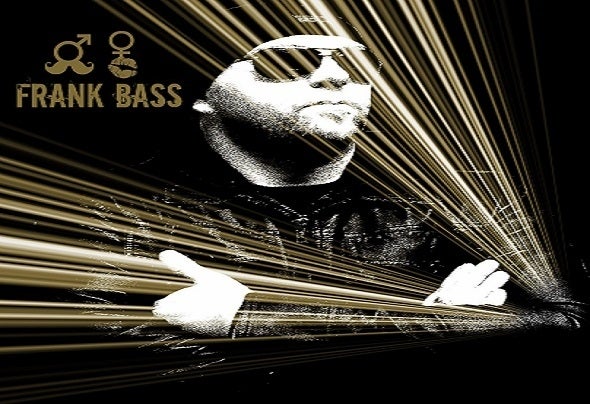 Frank Bass a.k.a Alen Bajd Born in 1971 in Dubrovnik, Croatia Works as DJ since 1989 ex resident Dj in : Discoteque Sun City, Arsenal Club, Exodus , Capitano bar, Revelin Club. Style: Tech & Progressive House .When he was about 16 or 17 he used to be in trouble at school for being the class partygoer so his mum used to offer him incentives to better himself with his school reports. After a while she finally figured he wasn’t gonna be academic so she gently persuaded him to do music lessons. But truthfully, his heart wasn’t really in it because he already had his eye on something else ( DRUMS). He discovered NEW WAVE around the age of 17, and that was it. I started getting a real passion for music early on, even before I discovered ''new wave''. This is probably embarrassing, but I used to tape the charts off the radio on a Saturday night and do pause button mix tapes with them. Around that late 80s time, I started buying records. But before I was into buying records, I was obsessed with collecting tapes be cause I didn’t have any money. I just used to swap tapes with people and then dub them up at home. There weren’t a lot of people in my local town that were into ''new wave'' but I had a few friends ( Luko & Gordana Jerkovich ).There was only one record shop in Dubrovnik would get imports, you know, some hit Lp's etc. I think the first time things started to move for me personally was in about 2005. I was working on instrumentals that I wanted to have vocals on but I just didn’t know who I would feature on these records. I’d worked with various singers from where I lived and things never seemed to take off. Frank is Founder of Dancefloor Gang label and DSB production studio ( Houston , TX ) . He is also working on a remixes for lot of famous artists .At the moment he's working on a new album. I’ve made one album already that have had a very experimental feel; the second one will be really just picking up where the first had left off. But now FB think it’s time for him to expand further. Now he's doing something different, and work with some different vocalists, possibly funk and soul vocalists. He said that .... still wanna maintain my sound, but slightly branch out from what I do. I’ll always do music that I believe in and that I’m passionate about; that’s what it’s about for me – just doing what I enjoy. I’m ready to just expand and do something slightly beyond the restraints of typical house production. Music is the universal language, and that is why all music is important to someone.