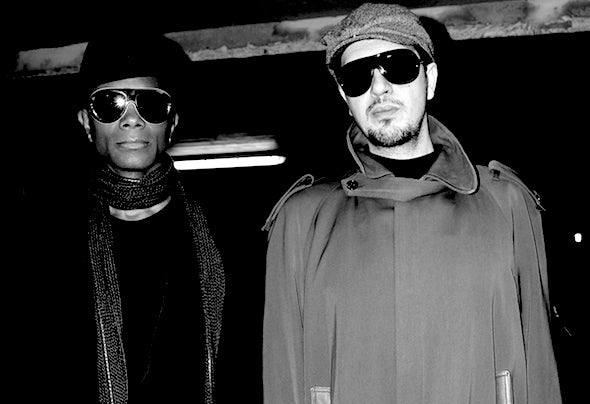 Millions know him as one half of the famous duo Milli Vanilli (30 Million Singles and 7 Millions Album sold, topping the US chart with 3 number 1's, number 2 and 4). But just a few know about his involvement as a singer songwriter with Electronic Music, Deep- & Tech-House. Fab Morvan's passion for music is as strong as it's ever been, especially with Electronica. Together with Massimo Santucci, one of Germany's most talented Electronic Music Producers, a veteran (with more than 100 Releases on Labels like Spinnin' Records & Armada Music (NL), Time Records (Italy), BluFin (Germany), Juicy Music (USA) and many more), they started experimenting and realized they could produce many different styles...the team was born.Their first collaboration will be released under their brand new project "MaxFab". The songwriter and producer duo is also responsible for the track "Give it a Chance" by "Abrami" ... one of the youngest producers in Germany which is coincidentally Massimo's son. A talented family indeed.It is to expect big things from these two guys in the near future, first release "All I Want" which includes remixes by House and Techno legend George Morel from Miami and Rio Dela Duna one of 2013 most valuated newcomer, will hit the international stores and digital portals.