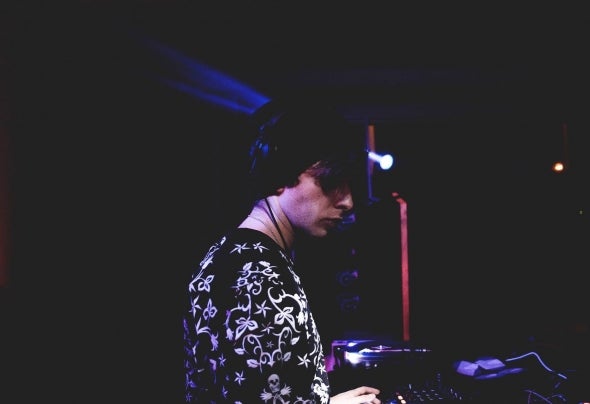 Gabriele Orsini ( Perugia , February 14th, ) is a young producer from middle Italy. A sensitive and spiritual personality and a melodic music lover since forever, Gabriele’s musical journey starts in the beginning of the 2000s. He falls in love with various kinds of sound, from ancient lyrical music to the modern underground sound, and as years go by his awareness of music as an important part of his life increases. In 2007 he finally starts working on his first productions, by making hip-hop, funky, and 90s dance music arrangements. In 2008 he starts working as a dj, taking part to private gigs. His artistic growth brings him to create and play a very sought underground music. The support gained by his productions marks the beginning of a new evolution in 2009, as he starts getting in touch with some of the most influential personalities of his regional music scene, causing his knowledge in music to expand. In 2011 he gets his first official releases for various labels (his very first production Dark Outside, released under Finish Team Records, gets supported and played in clubs such as Red Zone and Cocoricò). He works on one album, 7 EP’s, and other 16 releases between 2012 and 2014. He works with the following labels: Vilena Records, Coral Rec, Beenoise Records, Finish Team Records, Fruit Records, Fruit Records Two, Houzier Bompi-Hani Recordings, Roland Ultra, Diamond Rec Luxury, Aborigeno Music and Hexcept House Rec. His first achievements result in really good rankings in the Beatport chart, and lots of appreciation by famous artists like Ricky L, Dirty Channels, Claudio Coccoluto, Denis Rubini, and many others. Today his music style is mainly focused on Deep House, House, Tech house, and Techno, making Gabriele a very versatile dj, able to provide an aggressive and melodic style at the same time. Despite being young and still not very experienced, he had the chance to play many times at the Red Zone Club in Perugia, a very famous and historical club in Italy, mostly known for its unique house sound and its venerable age. Today, a 24 years old Gabriele keeps on working as a dj and producer, always evolving and pursuing new sounds and emotions to deliver.