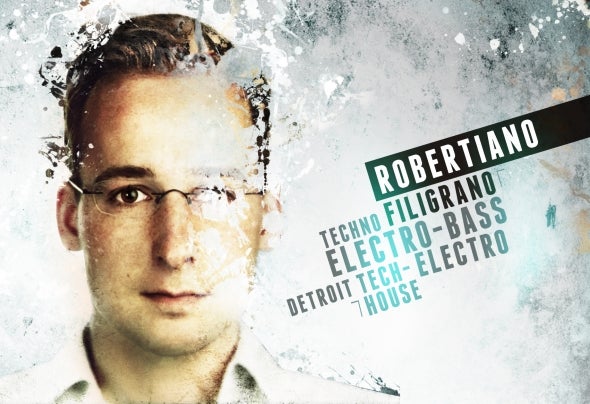 Mr. Filigrano is an techno-electro producer from Germany who is influenced primarily by Anthony Rother and Jeff Mills. Already in his early years, music was always his deepest passion. He developed early the love to the electronic music and started his DJ career in the year of 2000 (then under the artist name "Tyren Tyrell"). Robertiano Filigrano celebrated his first dj successes on various techno open airs and partys, but with the time he felt once more the feeling to produce his own music.Ten years later, Robertiano Filigrano made his techno debu on the Detroit Label "RAR" with his EP "Hot Pants And Shoki Milch EP". After the EP entered the Top 100 Techno Chats, his track "Stomp It" even reached position 7 of the Stompy Download Charts. A great start!Shortly after his first online EP, Robertiano founded his own Electronic Music Label "Filigrano Recordings" in 2010. His first limited 12“ series "Remixes And Memories Pt. 1-3" [FLGREC.001-003] was followed by a Remix for Dj Paul Edge [Psychedelic Dance Music / PDM003]. Robertiano's productions like "The Gate", "Rodeo" or "Gone Astray" are supported/played/charted by national and international artists like Paco Osuna, Dave Clarke, Davide Squillace, Anderson Noise or Luciano.