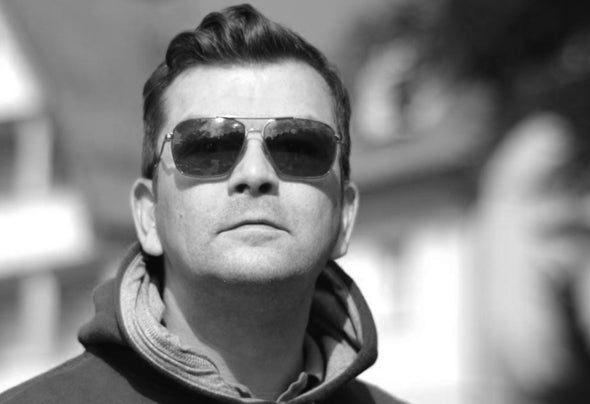 Oliver Russ (born in Arad, Romania), is a German music producer (Electronic, Techno) and LIVEACT from Stuttgart, Germany. He is considered as a pioneer of Christian Techno in Germany.Christian Techno defines Russ as a musical interpretation of biblical texts-i. to read the Bibles, to visualize what is read, and to implement the whole thing musically.He made his first steps in music production on the Amiga 500 already in the early 1990s. In 1994, Russ set up a music studio in Stuttgart with his friends. In August 1997 he finished his studio album "Paradise" off his's own bat: The release party took place in the Disco Toy in Stuttgart and the release with Pila Music was effected in December 1997.Russ performed Liveacts at various Clubs in Stuttgart, at the G-Move Hamburg (1998), at the Zeche Bochum (2000) and at Planetlife at the Pro7 Studios in Munich (2001).Until 2004, Russ continued to perform and had collaborations with various DJs in Germany.CURRENT:Russ's current project is the "Sound On - Your Daily Electroworship". Since August 2017, Russ has been producing a one-minute track based on the Bible's verse-of-the-day and publish it in the social networks. The response is enormous and spreads like wildfire as if the world had been waiting for someone to create a music input every day. Within the first few weeks the fan base has grown rapidly and Russ’ music is gaining more and more popularity.Russ is currently working on his new album, in which some of the minute tracks are finished to full versions. He also produces songs for his new Liveact.