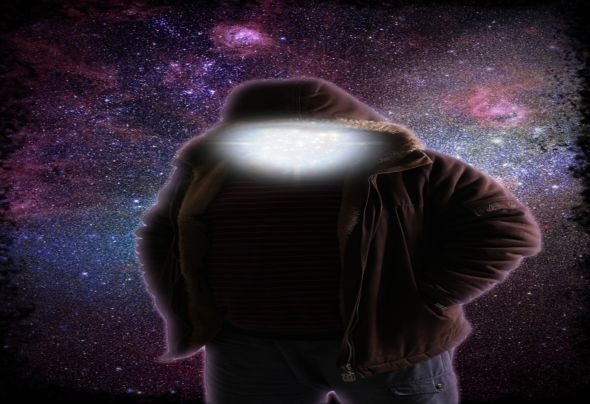 Born in 1979, Portugal, Paulo Fernandes aka Sacred Sound System starts studying music at the age of 5 by his father's will. 10 years later forms his first garage rock band as a guitarrist/singer. Had 3 more bands which with 2 of them has released a full-lenght (CD) and a 7" inch (vinyl). At the age of 18 this half-successful garage band saga comes to an end. Now he was opening his mind to other kind of sounds. The electronic music was calling him. In a certain manner he was becoming attracted by it's sounds, synthesizers sounds mainly: arpeggios, leads, gates, pads, sequences, etc... Far from music production he followed the portuguese electronic music scene by going to several partys and live shows. His passion for composing wasn't awake yet. House, Techno, Trip-hop, Drum & Bass, Electronica were his first steps into this new world. Then while living in Lisbon he finds trance music. It was love at first sight. Each weekend each party! The fever came to an end. Stoped for a while and became distant from this routine. Around 9 years later a shiny idea occured him. So, he gathers all his acoustic instruments, finds a free DAW and starts producing under the name of "Quarto Nove Ilda." (2008). This project was and it is exclusively portuguese focused. But, his connection to electronic music was still pretty alive. He decided then to try it and forms "Room Nine Unlimited" a project with the intention to deliver his curious and creative electronic music art worldwide. Room Nine Unlimited born in 2011. In 2012 the project starts releasing on several netlabels and at the moment has already a couple of bundles in the market. In April 25th, 2014 Paulo Fernandes decided to create an exclusive Chill Out project and Sacred Sound System born. Altought being just a composer/producer, which means Sacred Sound System doesn't play live, the idea is to take his music to the dancefloor and to be part of the electronic music artists cast.