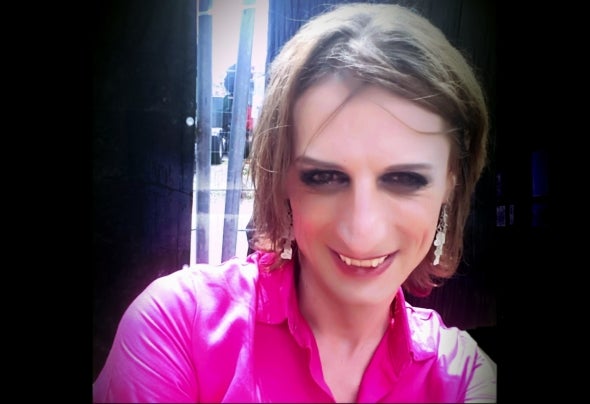 Since 2010 BeatKreator ST produced several styles of electronic music but preferred Hard Techno, Progressive Techno and Techno-Trance. She is a transgender woman and her sounds has distinctive, depth-driven, dirty and dark basslines that are clearly unique to her style. Over years she studied a big number of electronic instruments by herself. At last she decided to study at Deutsche Pop Akademie Music Production, and she became an Artistic Producer, Mastering Engineer and Audio Engineer. Meanwhile she released several Albums and EP ́s of Progressive Techno & Trance Music. The last EP was released in August 2017, it was called PLAY KULT BEAT. over the years she developed her own musical style. And she further continues to evolve new sounds.BeatKreator ST is DJing since 1995. In this time there was only one mode to play: Vinyl and Technics 1210. she played and organized a lot of underground techno events with other local DJs. Today she plays with a Traktor System that she uses to play Hard, Dark, Deep and Dirty Techno. She loves to mix all the different Techno genres in one mix, to let the borderlines between the genres disappear, to create a new form of a progressive mixes. She never made set lists and is always playing spontaneously. On stage, she emits a lot of energy so that she turns the dance floor into a dance fire.In the past BeatKreator ST ́s music was played in a lot of Radio Shows. And she ́s still having a weekly Radio Show since 1,5 years every Wednesday at Beats2Dance Radio. The mixes were played at the following Radio Stations: Cubase FM, In Progress Radio, Beats2Dance Radio, Nightflight Radio UK, WAM FM, Fnoob Techno Radio (Audio Beat Podcast), Underground Project (Art Style Techno Radio)