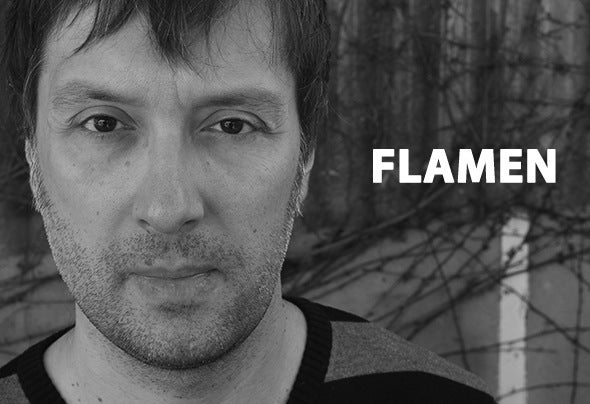 The story of Flamen with the new technologies of music dates from his childhood. During learning the piano, he discovered new musics and new instruments. He began producing electronic music in the 90s. Among his first tools : an old atari-ste connected to midi synths with which he produced techno in live. The sound Experimentation will lead him Neurosystem, collective electro Bordeaux (France) he joined in 2000. Since, he played as DJ (mix and live act) in many clubs, in sound installations, electro-acoustic pieces, theater musics, with symphonic orchestra, cinéconcerts, an Opera... His current activity : studio production of techno / minimal, house and ambient music, co-founder of Giraphone Records. His obsession : the alliance nature/technology. His tools : his ears, his emotions, digital and analogic devices.