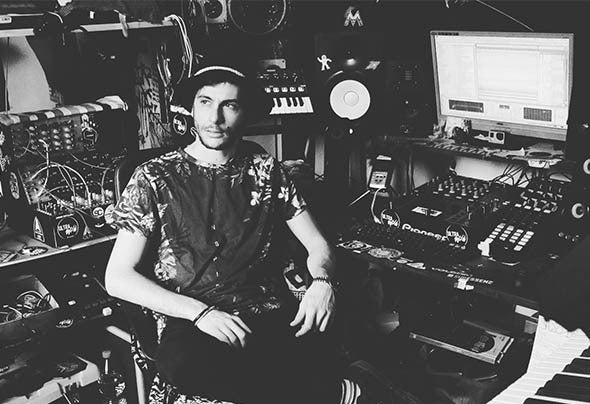 Martino Pingi, born in Rome but musically grown up between London and Berlin, where he shared his passion with loads of friends and developed his producing skils thanks to all the influences he had during his 5 years around Europe discovering all the shapes of the sounds he always liked since his young age, before to start dreaming he had to work hard as much as he could, to survive far from his family whitout leaving the Music Production no even one secodn, to get the point he was looking for before to made out any of his Hiper Sperimental Techno projects .He's the founder of an Italian UNDERGROUND movement called UltraWild SoundSystem, this project keept Marti really stuck in the Techno Rave scene where he likes to test all his Tracks, Live and sperimental project to get the true People Reaction about his Music.Now days he's traveling from Europe to Italy to be back in his Wild side Studio that really helps him to focus on his Music that comes directly from his love for clean sounds, powerfull kickdrums and basslines mixed with his love for synthesis that brought him to sell his whole life to buy Synths, Keyboard, Efx and All the maschine that could make a different sound to add to his studio.Martino is doing also Djing, he likes always to expirience new things on going around him, so in 2010 he left the cdjs mixing mode to get on the full digital set up, with Tracktor 4 decks+ 2 xone k2, Ableton, Machine and others lil synths he likes to add into his set up as Kaossilator, MoogMother32, Mininova and more.