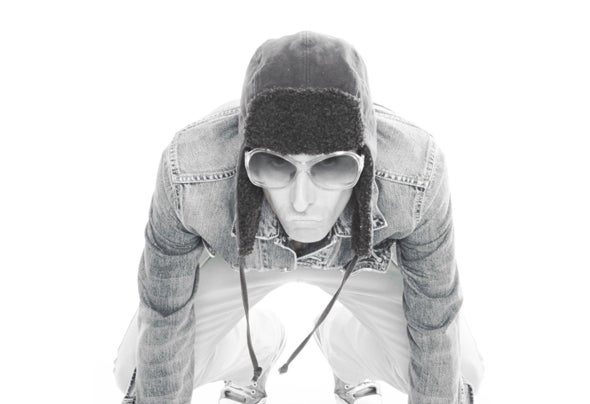 Since 1992 Romanto has been working as a DJ. For that time he developed a very special style of electronic dance music which is placed between Soul, Funk, Hip Hop, Electro and House. Meanwhile he counts to one of the busiest German DJs worldwide. Together with his mate Out Of The Drum a.k.a. Mario Zerfass he started to produce Funkin’ Electronical Beats in 1996. In the same year Romanto and Mario produced their first track “Smilin’ Faces”, released on Kosmomusic. “Smilin’ Faces” became an international dancefloor hit very fast. This success was the reason to keep on working on this level. After that the releases “From Da Backyard” and “Notes From The North” came out on Kosmomusic, followed by their first Album “Agent Style” on the same label in 1998. The enormous success of his productions led to a lot of international interest and enforced Romanto to special gigs like Berlin's E-Werk, the Loveparade, the MTV Air & Style Sunflower Festival and the Ra ve & Cruise or Frontpage Tour. But the highlight in the career of DJ Romanto was the DJ support for Jamiroquai's “Synchronized” tour. After releasing the first album Kosmomusic published the single “Play It Again”. The track entered the German club charts and was sold out at once. This success showed that Romanto and Mario are on the right way in producing their own style.The follow-up “When I'm With You” appeared on a “Ministry Of Sound” compilation, other releases on labels like Beatmodul and Young Society. Up-to-date the second album “Six Leaves Left” was released on Parasol Phonoteque. The influence of 60's and 70's soul music is as obvious as the inspiration by Hip Hop and Breakbeat of the 80's. Faced with the strong drive and the voluminous basses of modern House music the tracks create several pictures on your mind: Maybe Stevie Wonder appears behind the decks or breakdancers rave at the Love Parade. Perhaps Hip Hop artists rock on XTC or techno freaks are rapping in convertibles – The music of this album makes it possible! Like on the debut from 1998 it was possible for Romanto and Out Of The Drum to engage well-known and international established artists. A few of them even join Tobias and Mario for the second time. MC B.A.G.I., who worked with Kool G. Rap or P.A., writes and speaks the lyrics in “4 Minutes To XTC”. Eddie Greene, who joined artists like Mousse T., Cunnie Williams or Wolfgang Haffner, gives his beautiful voice to the album tracks “The Canjam”, “Reasons” and “My No. One”. Michael Marshall was the former leader of the R&B group Timex Social Club (“Rumours”), sang the chorus of Luniz' “I Got 5 On It” and worked together with Tom Novy. On “Six Leaves Left” he gives his voice to the track “Where U Going”