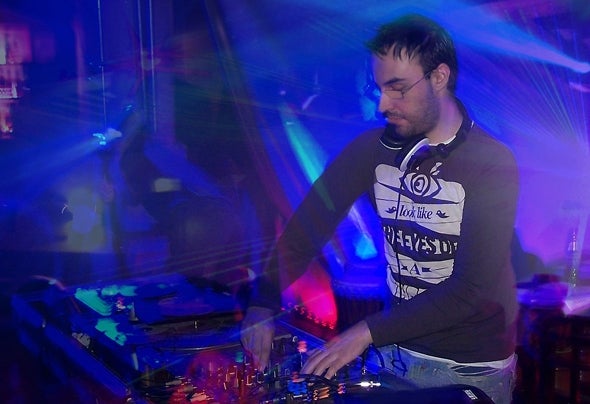 Spanish DJ and producer who began to express their particular idea of electronic music in the late 90's. The new musical concept and the emerging club culture that was buzzing in the city of Madrid was the turning point to start your career.His studies in music theory at the conservatory and sound technician may be the cause of a technical perfectionist and refined, both in their productions as his DJ. Learn to understand the perfect fusion of music, club and public is something I bet from the beginning.Always loyal to the Rave culture has also performed in clubs like: Fabrik, Specka, Bass, Taboo, Cheyenne, Zenit, Underground, Atlantis, Blue House, Piano Café Boheme ...His broad taste for good music lets you keep in your bag a variety of styles: Tech House, Minimal, Electro, Techno, Deep, Psy Trance ... Although it is also known for its 80s and 90s to Remember ... In each of his sets Keener knows how to transmit the quality and good taste in music that precedes it. Hundreds of records, hours and hours of music that have made us all dance like crazy.At the end of 2009 is the precursor of "Downtech Music" which allows for different new releases, music distribution, event production and dj's agency