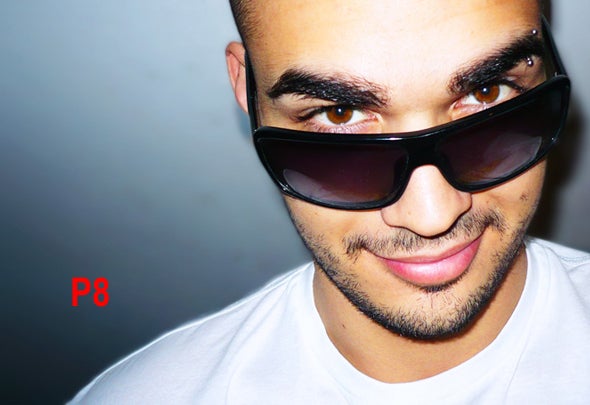 p8 aka Pasquale Nuzzo was born in Naples in 1986 but resides in Switzerland. At the age of 10 he discovered the music of artists such as Robert miles, Daft Punk, Picotto, Depeche Mode and got into making music (on a videogame console application!) and got him addicted to production and DJ-ing. In 2007 his remix of Wolf’s “Immerse in the blue” attracted the attention of many DJs, but it was his 2008 release “Ocean” on Emotive Sounds that made p8 a force to be reckoned with. “Ocean” was a massive Beatport hit, and got licensed to Subliminal Records and appeared on the Subliminal Session 12 compilation mixed by DJ legend Erick Morillo. The tune was played by everyone from Tiesto to Roger Sanchez, showing its wide appeal. The following releases stormed the charts and further established p8 as one of the hottest new DJ-producers around. For more info: www.p8project.com www.emotivesounds.com