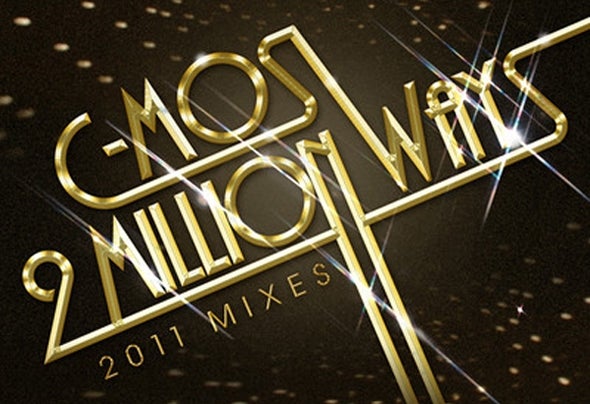 Olivier Abbeloos aka C-MOS was born and raised in Belgium, he is active as composer, producer, DJ, remixer. Step backward, Olivier Abbeloos a familiar name That depends on when you first started buying housemusic. He shot to fame in the early 90's producing classics such as T99's 'Anasthasia' (which was on Sony Music and XL Recordings) and Quadrophonia's Quadrophonia. Two huge records, number ones in many territories worldwide and records that started in particular the "rave" scene. No small feat. He also produced Technotronics Second Album. Fast forward and Olivier struck gold with C-MOS - 2million ways (remixed by Axwell) signed to Lowered Rec./ Universal Music (UK), cue Motivo Italy. But this time its not a rave anthem - this is a raw yet slick house record. So what else is Olivier doing ? Olivier runs his own labels Holographic & EPOS two club labels based in Belgium that bring you a fusion of clubbeats in a style outfit. Over the past 20 years, he has developed a typical sound that is like no other in the house scene. He produces several projects under the names C-MOS, Conga Squad, Cloud 9, T99, Quadrophonia, Nu-matic, Bio-nic, Dynetic, Warp Factor One, Souldraft, Kretek, Soul Patrol, Trigger, Neon, Jarvic 7, TheDemolator, ... His hot and spicy sequences have appeared on mix compilations of Hed Kandi, Ministry of Sound, and many others. Companies like Universal, Subliminal, Motivo, Sony, Striclty Rhythm, Skint, JBO, ... licensed his productions. Further on, as a DJ he gets the crowd wet with anticipation at several clubs and festivals.