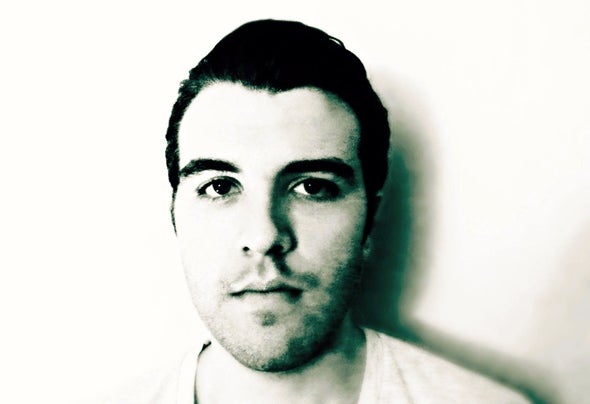 Ontario native Colin Fisher, better known by his artist name, Soundprank, is no stranger to the electronic dance music scene. Trained from a young age in classical piano and jazz, Soundprank's productions frequently feature a sense of instrumental realism and melodic complexity. His productions provide a breath of fresh air in an industry moving towards more commercial and accessible electronic music.Aiming to deliver a musical experience that evokes a sense of magic reminiscent of the older days combined with the balanced, lush and atmospheric sounds more prominent in modern EDM, the originality of Soundprank's music is undeniable. His innovative take on retro-futurist sounds has charted him numerous times on Beatport's Progressive House and Trance Top 100 and much of his discography has been released on Anjunadeep, including multiple features on Anjunadeep and Anjunabeats. Most recently he has signed to Enhanced Music with his debut release there - 'Squared'. Many of his tracks have graced the decks and radio waves over the years, including such hits as Beginnings,Animus, The Far Side.As renowned for his originals as he is known for his remixing, he’s remixed the likes of Andain, Velvetine, Parker & Hanson, Solarity and Dinka, along with a bootleg he did of Sasha’s luminary track from his Involver album, “Belong”. Valuing quality over quantity, he is careful and highly selective of his releases chedule.Known for being a story-teller DJ, he works to bring the same feel in his productions to his DJ sets, which have been featured around the world.