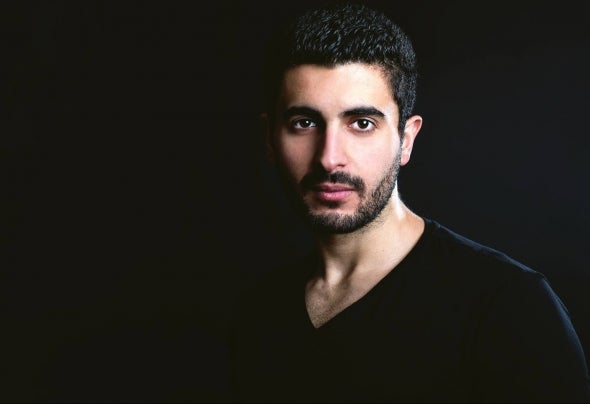 Joe Mesmar is a techno DJ who has toured throughout the world, doing shows in France, Germany, Italy, Bulgaria, the Netherlands, Czech Republic, and New York. Originally from Montreal, Joe Mesmar has been recognized by his fellow artists as a rising talent, earning praise from such big names as Josh Wink, Richie Hawtin, Sam Paganini, Stacy Pullen, Nicole Moudaber, and Mark Knight. Joe Mesmar got into music at an early age and became serious about his career after winning a Beatport content with a remix of Josh Wink’s track “Balls.” He has since collaborated on high-profile work with Eric Sneo, D-formation, and Ramiro Lopez, and been signed to big-name labels such as Toolroom Records, Ovum Recordings, KMS Records, and GreatStuff Recordings. In 2015, Joe was ranked within the top 285 best-selling techno artists, and his meteoric rise shows no signs of slowing down. He has played huge shows at premiere nightclubs in Montreal, including Circus Afterhours, Newspeak, Velvet, Salon Daome. Both DJ Mag and Vice Interview have won Joe massive exposure with their pieces about him, bringing him to the forefront of the techno industry and lining him up for the type of high-profile releases sure to cement him on the scene permanently. He shared the decks with Oliver Huntemann, UMEK, Sasha Carassi, Ant Brooks, Kevin Saunderson, Dave Clarke, and Pig&Dan. Never one to rest on his laurels, Joe is always looking to the future, spending long hours in the studio in pursuit of the next big thing. He is a diligent student of music and an avid experimenter on the turntables, and he is also a noted content producer, owning his own label and putting out the podcast Minds of Sin. Associated acts include Coyu, D-formation, Klaudia Klawlas, Ramiro Lopez, and many more.