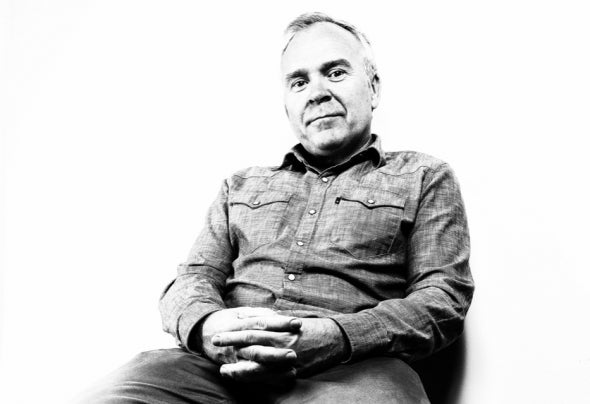 Pete started his musical background after being expelled from school aged 15. With way too much time on his hands, he started a band with 2 close friends. Pete taught himself guitar and drums and they hit the road. After a trip to Ibiza, and the first whisperings of ecstasy and acid house, he decided that electronic music was the future, and traded his drum kit for a pair of technics turntables.After playing numerous illegal parties around the South East of England he gained his first residency in 1990 at the Hand & Spear in Surrey, and soon turned it into one of the biggest nights in the whole of the UK. Pete's DJ career took off quickly and it wasn't long before he was guesting all over Europe. In '92 he launched Ugly Bug records. It was an instant hit, especially with big hitting radio dj’s Pete Tong and Judge Jules. Pete became a resident guest on Kiss 100fm, and his first release as his main recording alias, The Shaker, - ‘Just Lick It’, became the club hit of the year. The remix work came flooding in, from labels such as London, FFRR, Hooj, Ore, Fade, and Perfecto. His remix of Zee’s Dreamtime was essential new tune on Pete Tong’s BBC Radio1 show, and finally in 96 Pete signed to XL recordings, after a 3 way struggle between A&M, XL, and Maifesto to secure his signature. He went on to release 3 more singles under the Shaker guise – ‘Mooncat’, ‘Strong to Survive’ and 'Star' which were all massive club anthems around the world. His djing skills started to attract the talents of promoters as far afield as Capetown and Durban in S.Africa, as well as New York, L.A. and Denver in the USA. For most, this would have been the peak of an outstanding career, but Pete was after something a bit more substantial. Despite the massive chart success, Pete reinvented his sound and launched a new label: Red Ant Records. Over 100 releases later, Red Ant is going from strength to strength. Cutting edge underground dance music. Pete Bones may not take himself too seriously, his music however, is another story. The label has artists such as Alex Costa, The Shaker, The Presslaboys and the Sleepfreaks.Carefully avoiding the restrictions of the obsession with pigeon holing dance music.