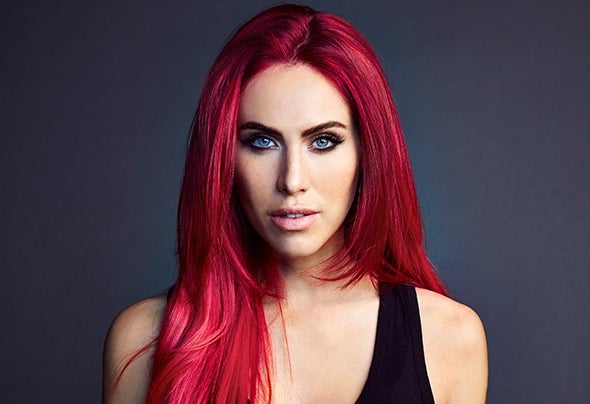 This enate prodigy redefines magnetism in music! UK born, Australian bred and now Los Angeles based, HELENA dominates with her sound as one of EDM’s most prominent DJs and electronic producers. Showcasing her depth with electro, progressive and house beats she stands her ground with finesse. Booked on Ultra Music Festival’s main stage in 2013 while musically annihilating studios around the world, the anticipation is high with young signings to Sony Music, Mutants, Big & Dirty and Basik Rkrds.Forthcoming releases with John Dahlback, Basto and Nilson on ‘Whattup!’ shouts her sound on high demand. Signed in the USA with SPIN Artist Agency, her first tour ravaged Lavo New York & Las Vegas, Mansion Miami, Playhouse LA and San Diego’s Voyeur. Backing it up this standout reigned in the love setting ablaze her own shows at Marquee Nightclub and Marquee Dayclub Las Vegas, together with Benny Benassi and Avicii, Pacha and Marquee New York, and guns blazing throughout Mexico, Chicago and Seattle. No stranger to adrenaline on a grand scale, this boss of electronica captivates arenas at Australia’s largest music festivals like Stereosonic, while recently announcing her national spot on the Future Music Festival tour in 2014.Seducing dance floors worldwide, HELENA amplifies the battlefield, extending her tour reputation across every continent with her musical fusions. Taking the reigns, it is no doubt the sublime musical selection that lies within this untamed vanguard’s sets originate from a perfectly organic talent within. From a young age her classical skills on the cello and piano amplified into more when teamed with an electronic barrage.Out on Australia’s grand-scale club brand Onelove HELENA’s debut single ‘Girl From The Sky’ has contributed to the musical asset HELENA is, sitting pretty at #1 on the Australian Club charts for four weeks. Her remix of Jono Fernandez & Pauls Paris feat. Amba Sheperd ‘Let It Out’ also smashed the chart’s top ten while climbing high on Beatport. Her single ‘Detox’ with Disfunktion on Onelove was dropped, roping in support from Tiesto and Nicky Romero. Being Pioneer Pro DJ’s leading ambassador, it goes without saying, the globe’s hottest acts have never been more than an earshot away of lady luck. Out on Sony’s Basik Rkrds in late 2013 sees Legend, while Breathe on John Dahlback’s Mutants is on the next drop. Tackling electronic dance floors head on, this musical empress will be of sheer importance to speakers near you.