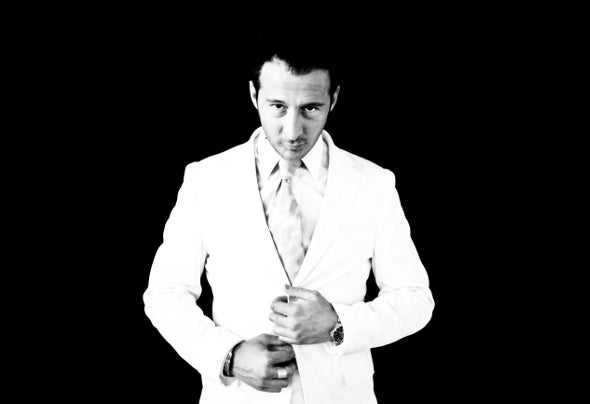 Simon was born in Massa (Italia) on 29th October 1984, he is the son of Checco Bontempi, one of the most famous DJ and producers in the world, who produced hits such as The Rhythm Of The Night by Corona, which in 1994 reached the hit parades of the whole world. Simon, known as SIMON From DEEP DIVAS, is DEEP DIVAS’ official dj and promotes as an image this product all over the world, this product as it was presented by Joe T. Vannelli during his many participations , including Supalova. After the recording success , in February 2005 he releases another single, SIMON From DEEP DIVAS Feat. K.GEE, “The Party (Thank Got It’s Friday) “ on air inside the radio show Deejay Time by Albertino and released by Time on Rise label. He continues collaboration with Melodica but the new big success arrives with SIMON From DEEP DIVAS single “Sweat (Push It)”. During summer 2009 he works on Mario Fargetta' s album aka Get Far “The Radio” with a remix and getting more and more known as remixer, the impact goes beyond the expected and his performances in clubs are more and more requested. 2010 starts even better with Warner Bros/Atlantic choosing Simon as sole Italian DJ for the new remix of Toni Braxton’s “So Yesterday”. On 31st January 2011 “Turn Up The Bass” by new label Restylers is released, a project where Simon is the producer with his team DEEP DIVAS. The project is preferred by DJ Stonebridge who inserts it as 1st in the chart of his preferred songs and Roger Sanchcez gives it a 4 stars evaluation out of 5. The video realised in Chicago is perfect. In May 2011 there are 2 remixes: Radio Love Song by BRENDAN CROSKERRY (Tv spot of the new LAND ROVER Freelander 2 and “Vedo Nero” by ZUCCHERO “SUGAR” FORNACIARI”). All this while waiting for “Disco Dancer”, the new single released on 3rd June 2011.