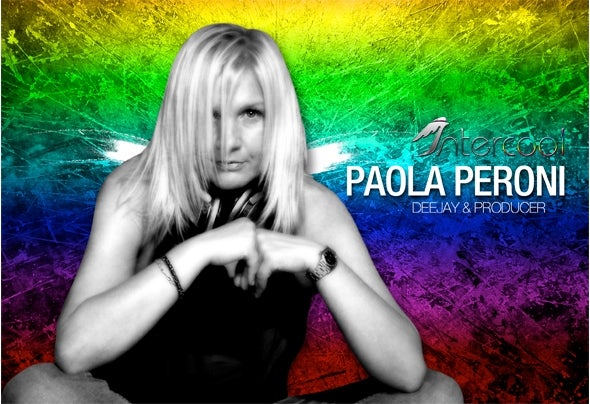 Paola performed under the aliases of DJ Miss Groovy, Miss Groovy, DJ Groovy, Bacon Popper, among others. Shot to stardom She pursued her passion and dream in making music with much enthusiasm and innovation, resulting in numerous chart toppers in Europe such as:• Step on (Jumping to the party rmx) – No.1 in France • World of Confusion for Space Masters - No. 1 in France • "Every Day of My Life" for House Traffic – UK and other European charts • "Bang" for The Riders - no. 1 in The Netherlands • "Free" as Bacon Popper – Topped charts around Europe • "Angel" by CappellaPaola also co-produced with some of the big names in the scene such as Joy Chiticonti and Mario Più for recording label Bxr and co-produced "The power of love" with Officina Emotiva and "Everybody change" with Gigi D'agostino.Soon after “Free” topped the charts and Bacon Popper became a well known in the dance scene, Paola was invited to perform as the opening act for Zucchero during his tour. No stranger to big events, Paola is familiar with performing to crowds of up to 20,000 people.Now: Elektro Groovy Since achieving fame in early 90s for her hardcore sound, Paola has been constantly innovating her sound for the past decade in tune with the times. Recently, she was inspired to create her unique sound called Elektro Groovy. The Elektro Groovy project debuted with the track “Raga me” released under Net's work records, which made it in the club chart of M2O Radio upon release.With this fresh sound, she has also worked with Jay Frog to produce at track called "Vanilla and Peppermint". She also working with Datura to remix an unreleased track.After performing under numerous aliases, she decided to operate under her real name, Paola Peroni, from now onwards. Recently she release an EP called “New Generation Deejays EP vol. 1” with the label Housetraxx the songs are Paola Peroni: Thinking of you – Sweet Dreams – Hydrogen and Bacon Popper – Free remixes (Paola Peroni remix).Now a day she produce for different labels and his company Intercool and his labels Snap & Shake, Pasta records, Hardwolf, Pastablack and Intercool digit al.Paola have play at Winter Music Conference in Miami 2009 last 2009 4pm-5pm an also at Hed Kandy Lounge Miami !!! She is also busy to organize the Intercool’s label parties and also other types of events around the world!!!Watch out for the latest remix of Paola Peroni: Funkerman –Slide , The Rudenko Project – Destination, Dr. Kucho – Just be good to me. She release Paola Peroni feat. Carlos Villanueva -Me Exita, produced with Dj Molella and Frontier- Take me higher (Paola Peroni rmx) released on Spinning records!!!Recently he meets again his producer Gianfranco Bortolotti and they released the new 49ers- Je cherce après titine for Ego music; Paola Peroni and Alberto Remondini – We need 90s and Yo Yo Yo Somaca - Bunga Bunga on Genic Label.January 2012 Intercool digital is born, the new digital label, Paola Peroni release the Intercool Edizioni Musicali Midem Sampler 2012, the ep: five excellent tracks from House to Club Dance and Lounge. Paperonik feat Gertrude Adams – Don’t give up is the more House orientated track with European vocals, Sammy Love and Paola Peroni feat Megahearts is a Euro pumping club track with massive vocal hook, Paola Peroni feat Diana - Too much love a strong melodic dancer with a good song and Perbek – Meravigliosa Africa a lovely lounge. March 2012 Paola Peroni presents Miami Sampler 2012 Special Edizion for Winter music conference!