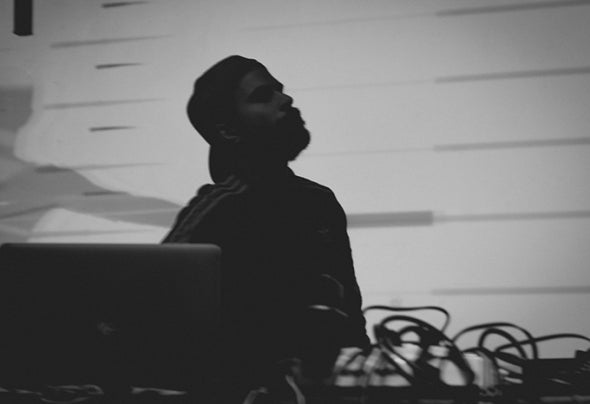 CYB is an Italian drummer, dj and producer based in Amsterdam. As a musician he’s always been looking for a personal, racy and original style. As a Dj he likes experiencing primarily with all the shades of Techno and Intelligent Dance Music mixing atmospheric melodies with an articulated, percussive and complex rhythmic texture. After a long militancy as drummer for Ulan Bator (FR), Object (FR), Dilatazione (IT) and La Band del Brasiliano (IT) CYB was heavily influenced by the pulsating techno scene starting to experiment with synthesizers and drum machines. In June 2015 he released an EP with the italian duo Goldstreet for Elastica Records. In January 2018, after long sessions in studio, he released a first Ep in collaboration with Elisa Batti, “M/W”, on the prestigious American label Detroit Underground. He composed also original soundtracks for advertisings, visual performances and dance pièces. In November 2018 a 12" limited edition Ep, "Between Viewers and Spaces" will be released on Immaterial.Archives, with remixes of Wrong Assessment and Michal Jablonski. His aim is focused on bringing the audience into his personal narration and interpretation of electronic music in order to solicit the most helpful feedbacks, to amplify the perception of music and then, as a consequence, to foster interest and ideas around it.