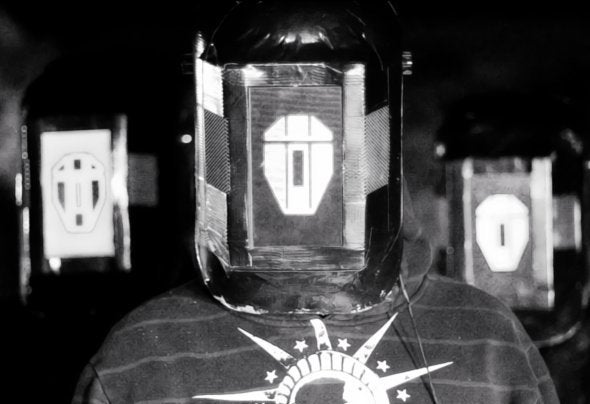 Filthy Dubstep trio from Germany composed of DJing, Live Music Performance and Visual Show. DJ Dizz and Mazot (classmates and friends) discovered their love for electronic music in the mid 90th. Especially the rough and aggressive Gabba Hardcore scene caught their attention. So they decided to make music themselves. As youngsters they founded a dynamic duo with the name “Laubach Terror Corps” (Laubach being the city they come from). Unknown but still with passion and heart they performed at regional and county wide Gabba Hardcore parties as a live act and a DJ combo. This lasted until the daily grind got them and both moved to different cities to start their apprenticeship which left them not too much time for music. A few years later Katarakt stepped into the life of Mazot and convinced him to produce music professionally. As Katarakt himself was in the music and video effect business during his studies at the university. Time passed and the idea rose to start something together. But because over time not only the electronic music changed but also our personal taste in music, we decided that the best music style for would be the Dubstep / Grime sector. That’s why we are certain to have made the perfect choice for us and all Dubsteplovers: the Crew named TRIII FORCE! For us it is perfectly clear: “We want to hit the Dubstep scene hard with our abilities!” Katarakt the Master of Visual Arts, Dizz the DJ and MC, Mazot the Producer and Live Performer. Every member of the crew has a lot of experience in their musical field (DJing, VJing and Live Performance).