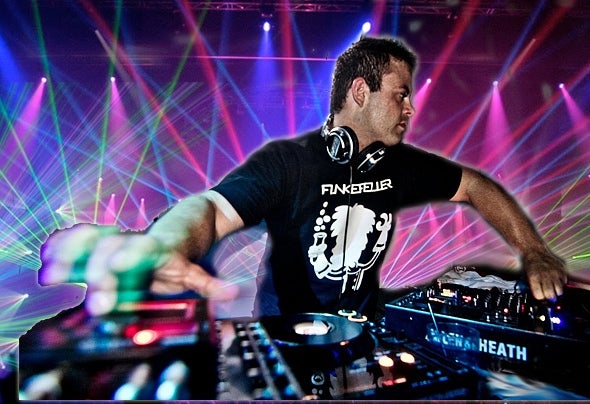 Funkefeller's "mad scientist" identity was born from being a computer scientist by day and an explosive electronic music producer by night. As an EDM artist, young Funkefeller applied his technical programming skills to music, resulting in an eclectic blend of stylish dance music mixed with hard-hitting electro and juicy dubstep. Starting on the piano at the age of four, Funkefeller went on to master a multitude of instruments and later became a member of several rock bands as lead singer and guitar player.While obtaining his college degree, Funkefeller spent time as a DJ at the local radio station spinning Chicago flavored hip-hop and house music. His success there led him to performing at college campuses, underground raves, and banging clubs throughout the midwest. Funkefeller has since become known for his ability to create an intoxicatingly good time with his charisma, positive energy, and great music. Today Funkefeller actively tours as a performing artist on the DJ circuit, while simultaneously producing remixes and original tracks.