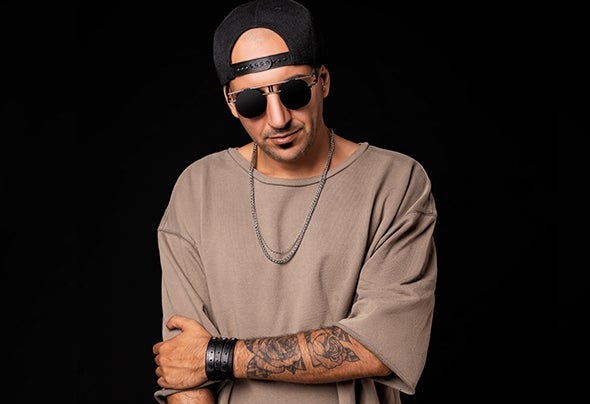 MR.BLACK is one of the shining stars of the industry currently. With support from the likes of Hardwell, KSHMR and Tiësto to name just a few, it’s not just his massive fanbase he’s catching the eyes of. He’s conquered places like Miami, Bangkok, Brazil and more and is making his way to every corner of the globe to entertain excited crowds that ock out just to see him. Renowned for his exceptional ability to create club-lling dance anthems, hotly tipped producer MR.BLACK has become one of the most sought after names and undoubtedly earned his place amongst dance music royalty, particularly at the eld of Israel's electronic music scene. MR.BLACK's discography makes for an impressive read; Israel’s star has been dazzling fans for years, delivering chart topping remixes and stand-out releases such as “Doonka”, his collaboration with KSHMR and his iconic remix of Tiesto's hit single “BOOM”, which was the rst hybrid (psy/EDM) record ever released on Tiesto's label Musical Freedom. No stranger to worldwide success, MR.BLACK gained notoriety from performing and touring at some of the biggest venues and festivals around the world including Tomorrowland and Life In Color, performing next to the likes of David Guetta, Tiesto, Avicii, Hardwell, Avicii, Dimitri Vegas & Like Mike and many more. Leading the Hybrid movement as a key-artist on Hardwell's Revealed Recordings with more than 10 releases already on the label alone, MR.BLACK continues to reach new milestones in the dance music industry.