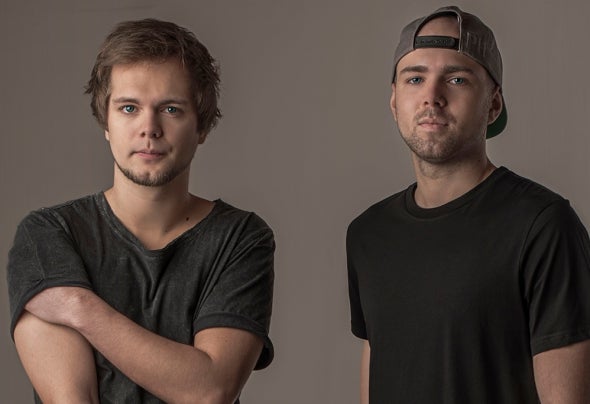 No Class is a DJ/Producer duo from the small town of Kristiansand in Norway, consisting of brothers Magnus Wehus and Kris Wehus.The two are currently based in Manila, capitol of the Philippines where they have recently launched their career as DJs/Producers, while producing music since 2011. Their style is influenced by well-known electronic music acts such as Afrojack, DVBBS, and Martin Garrix among others.Since the beginning of 2015, the two have gained various experiences by sharing stage with top acts such as Dash Berlin, Borgeous, Project 46, Jetfire, Rivero and Uberjak’d to name a few. Currently holding residency at Chaos Manila (one of the premiere nightclubs in the Philippines), performing for Spectrum Invasion, and Cosmicground Music Festival and Tidal Rave Music Festival are some of the highlights so far.With two brothers in the DJ booth who are bothcapable of handling the decks and the microphone, delivering high energetic live performances is theirmain focus when they get in front of a crowd.