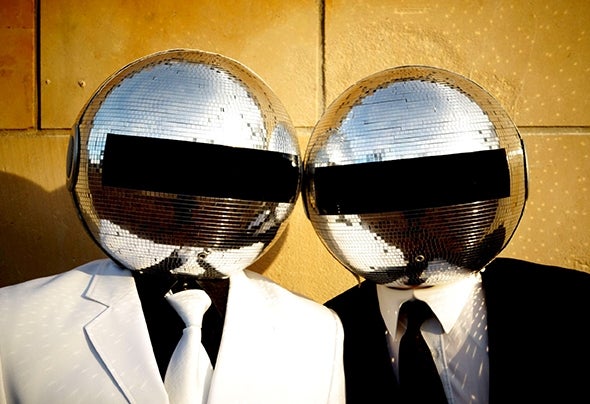 It all started in the year 2002. Two rather refrained DJs were increasingly confronted with sentences like "Don ́t you like what you ́re doing? Take it easy! Just smile!" etc. All the time they were only concentrated, doing their thing. In order to further avoid further nagging questions and uncomfortable situations, they decided to hide their faces and created helmets to wear during their sets. A suitable name had to be found, underlining this rather involuntary appeareance: BROT HERS INCOGNIT O were born. Now the honoured listener could devote himself to the only essential and fundamental thing - music without compromise. Certain parallels to Daft Punk sank in much later and were, of course, unintentional. Since then, music is the absolute focus. The two quickly realised that now they were putting themselves under less pressure, relaxed and little by little developed a second personality behind their masks. In a certain way fantasy figures as known from movies, their creators giving them distinctive features and a special look, only in this case creator and creation merge into one.An explosive mixture seemingly allowing to cross borders and to achieve a certain freedom.The fan-base quickly grew and - to avoid exchangeability - was named the HOT SECRET SOCIET Y. Rumours and speculations about who is hiding behind Brothers Incognito are going on until today. Communication is only possible by body language, the senses are influenced in a special and different way. Musically, borders and boundaries are equally pushed aside and different influences are incorporated into a DJ set. Thus you will find within a Brothers Incognito set House, Techno and Electro as well as Minimal and TechHouse. Always fresh, exciting and up-to-date.